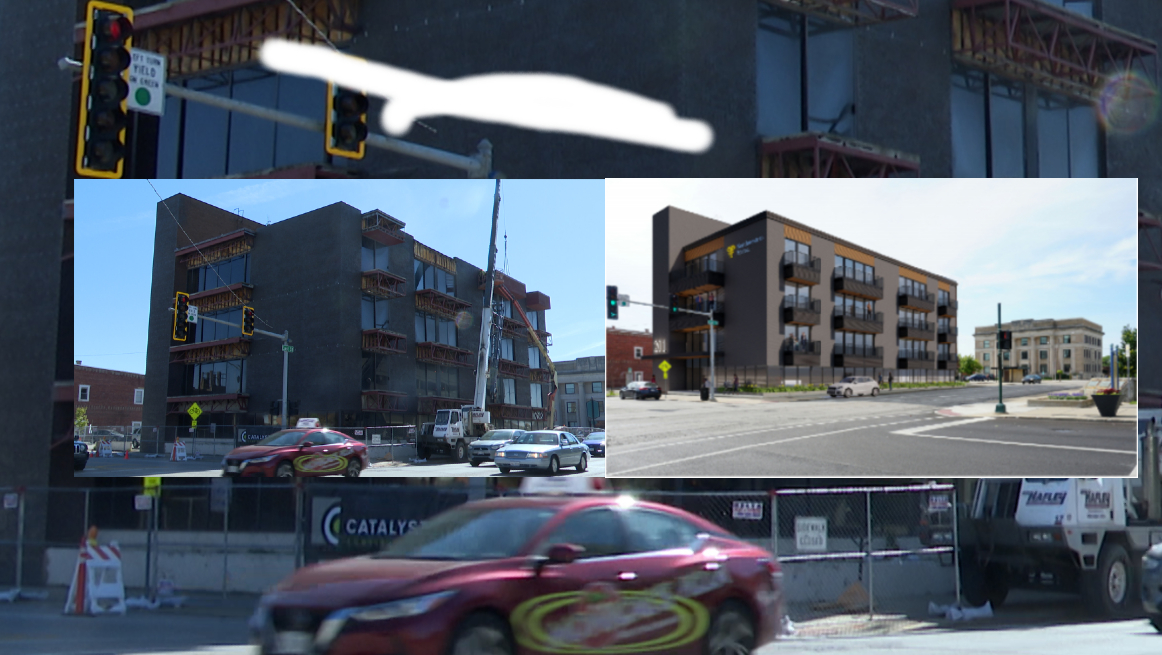 Construction crews have begun interior and exterior work on the CII East building at East and Front Streets near the Government Center.

Outside, crews began removing old balconies and replacing them with new metal. Inside, crews tore down some of the interiors and began framing rooms and spaces.

Six months ago, Catalyst Construction entered into a redevelopment with the city on the building.

Robbie Osenga, business development manager for Catalyst Construction, said things started slowly, but have picked up. By summer, the newly renovated building will be a new downtown “gateway” for motorists heading north on East Street.

“When people come to our community and to our downtown from the south, they will no longer see a vacant building, they will see a fully restored and vibrant space that people love to work and live in and we truly believe that can be a catalyst for other developments here downtown,” Osenga said.

The tenant and namesake of the building will be Northwestern Mutual, which will move its offices from Bloomington to the first floor.

Two miles west of downtown, improvements continue on the $13.7 million renovation of the O’Neil Pool and Park.

Parks and Recreation Director Eric Veal said the project is still on track for completion next summer and on budget.

The calf said that when completed, it will rejuvenate the west side and bring state-of-the-art amenities for all residents to enjoy.

“This will be the first lazy river open to the public in Bloomington and Normal; so we’re very excited about that. We will have one waterslide with the possibility of adding two more in the future,” said Veal.