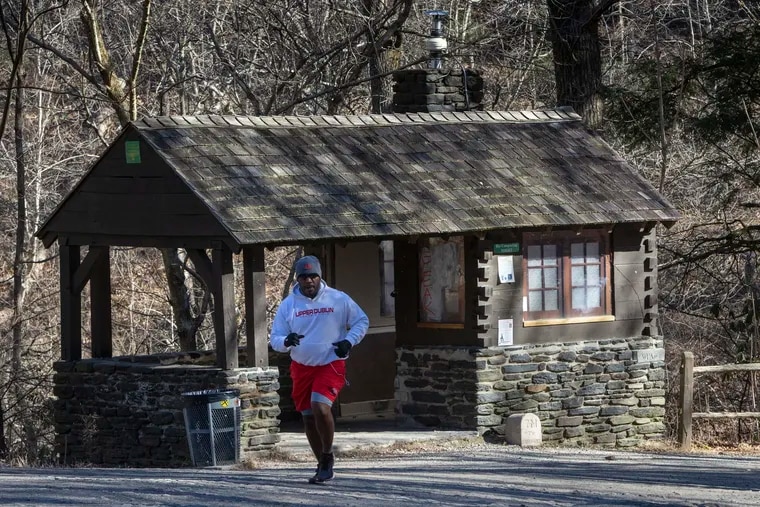 Thus, more than 1 in 10 Wissahickon Valley Park users simply go into the woods.

To accommodate the increase in visitor numbers over the years, the city‘s Parks and Recreation Department and its non-profit partner Friends of the Wissahickon (FOW) are creating a master plan to upgrade washroom facilities.

They see it won’t be cheap: new estimates from consultant NV5 show it could cost up to $2 million to install a wish list of sanitary facilities depending on the type of facilities and toilets . The cost could be significantly different if the list is reduced or if cheaper alternatives are chosen.

However, a single new toilet can cost up to $140,000. Additionally, the combined facilities would also cost approximately $185,000 per year to maintain.

Ruffian Tittman, executive director of Friends of the Wissahickon (FOW), says the estimates may seem high, but there are reasons.

“You could possibly build a new house for the price of a toilet,” Tittman joked.

“But these are tough places,” she said. “Just getting materials to a site is expensive. And we are not talking about small stick buildings but concrete. There is engineering to be done, sewer connections to be made or wells to be drilled. So you’re basically either doing a full house renovation or building a new house, even though it seems like all you’re doing is building a new bathroom.

Facilities must comply with the accessibility guidelines of the Americans with Disability Act and must have access to paved roads. They should be placed away from environmentally sensitive areas. And they cannot be located in flood plains. Safety is also a consideration.

The park spans 1,800 often rugged and rocky acres and is criss-crossed by 50 miles of trails and, of course, the creek. Some of its facilities date back to 1936, when the Depression-era Works Progress Administration sought to employ people on public projects.

Yet a survey found that around a quarter of park users need a toilet every time they visit, and nearly a third say they need it “often”. About 12% report using “nature’s toilets” during their visits, leading to public health concerns, although there are no indications of pollution of Wissahickon Creek.

Park-goers have also requested dog teams near bathrooms, as well as water fountains or bottle-filling stations.

In total, the facilities include seven women’s, five men’s, three unisex, and five urinals. But most of them are not open all year round.

Here is the current mix of washroom facilities at Wissahickon Valley Park:

Friends of the Wissahickon is considering adding eight unisex restrooms to existing buildings and 16 potential restrooms plus urinals. Considerations include composting toilets and drilling wells to provide water at sites without public water.

Location is also a consideration. Increasingly, the southern part of the park, which has the least access to toilets, is increasingly used. So the master plan could call for a facility in what’s called Ten Box (Blue Stone Ridge) in the lower third of the park. An existing stone and wood building built here in 1939 is scheduled for renovation. It currently has sewage and electricity but no public water so a well would need to be drilled.

Meanwhile, a “vaulted toilet” or single free-standing structure with a toilet authorities are considering can hold the equivalent of 16 portable wastes.

The masterplan could also call for “adaptive reuse” of older buildings, such as Ten Box, or, as another example, the existing warming shed at Valley Green. It could contain two new restrooms accessible from heavily trafficked Forbidden Drive. But utilities should be run and the building should be protected against flooding.

The master plan is still under development. FOW has set up an interactive map for the public to comment on where they would like to see facilities.

“Right now, the master plan process is really helping us prioritize,” Tittman said, noting that no source of funding for the toilets has yet been identified.