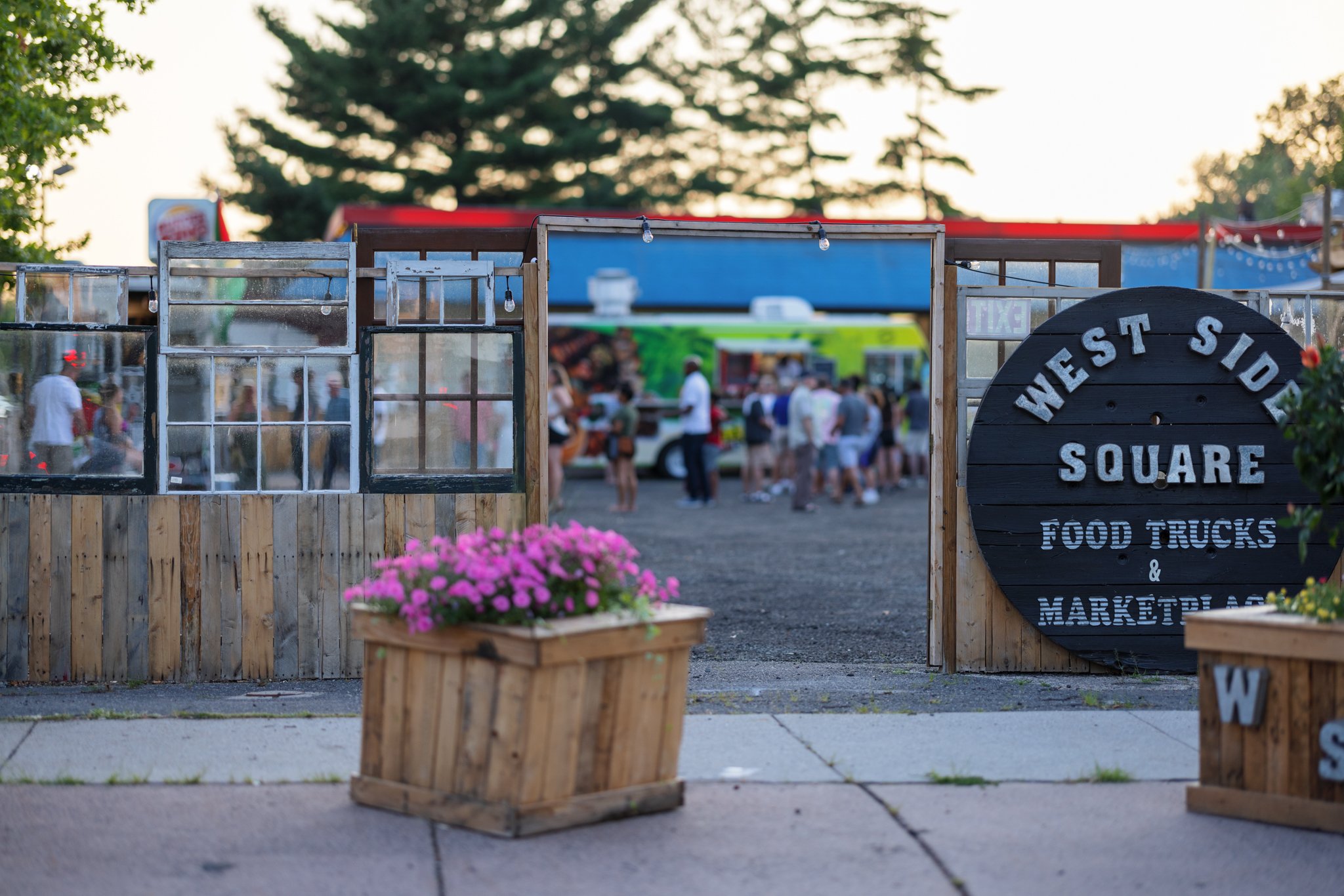 The city of Hartford has a brand new food truck fleet, thanks to a local business couple who saw a vacant parking lot and envisioned a vibrant community space there.

Quan and Rebeca Quach recently opened WestSide Square, a food truck park and market, on the corner of Girard and Farmington Avenue in Hartford’s West End.

Quan, a former Hartford restaurateur turned entrepreneur, said he was inspired by similar parks on the West Coast. He is also a former food truck operator, having run the Baba Ghanoush Truck in partnership with Hartford’s Tangier International Market.

“I thought it was time for [Connecticut] to catch up with the rest of the country,” he said. “I went to see a couple and thought that was a pretty cool idea.”

The couple live in the neighborhood, so they often walked past the empty lot where the park now stands. They began envisioning an outdoor space with rotating food trucks, plenty of seating, drinks for sale, and live entertainment — similar to West Hartford’s GastroPark, where Quan had frequently served falafels and gyros from the Baba Ghanoush truck.

They began the process with the city of Hartford in May 2021, Rebeca said, and official park approvals and permits were secured about two weeks ago. Construction took about four months, the couple said.

WestSide Square will host no more than four food trucks per day, giving each truck ample opportunity to make sales, Quan said. On slower weekdays, the park hosts a couple of them, with recent appearances by Brazilian Gula Grill, No Pork On Dis Fork (a popular hot dog vendor that serves beef and turkey dogs) and The Rolling Roti, with Guyanese cuisine. Other trucks offered fish and seafood, tacos, and Caribbean vegan and vegetarian dishes.

The park has an outdoor liquor license, Rebeca said, allowing alcoholic beverages to be served in their open outdoor space. In the first two weeks, they contracted mobile bartenders, or local bars with catering permits, to handle drink sales. Hartford’s Agave Grill now handles the bar component at the park site, she said.

Other food trucks will join the rotation over the next few weeks, depending on their schedule, Rebeca said, noting that many were booked for a summer full of parties, special events and stops at breweries and restaurants. wineries.

The park features a fence-style structure at the entrance, built from recycled windows and French doors from old homes in Hartford’s West End. On the property, a large pergola spans about 120 seats, Quan said, providing shade on hot days. Smaller tables shaded by umbrellas, made from recycled old spools, are also scattered around the park.

“We have wifi available in the park, so we saw a few people coming [during the day]…they open their laptops and sit down with their food and say, “I’m just going to work here for a few more hours,” Rebeca said. “They appreciate that, and that’s what we like to see.”

The park also has a stage where live musicians perform. Quan said they are considering more entertainment like comedy shows.

“We’ve only been open for two weeks, but there are always things you can do to improve,” he said.

The couple said they would keep the park open “weather permitting” through the fall season, Rebeca said, with their permit eligible until the end of 2022. They did not haven’t faced any rain yet for their first few weeks of operation, but they closed the park on Thursday due to expected extreme temperatures.

So far, they said they were delighted with early feedback.

“[People] have been very grateful, very grateful that we bring this to this area here in Hartford,” Rebeca said. “We’ve had a lot of people come from different places, and they love it. So we’re delighted to hear all the positive feedback.”

WestSide Square is located at 510 Farmington Avenue in Hartford. Parking is available on nearby streets.

The Quaches will mark the grand opening of the park on August 5 at 4 p.m. with a ribbon cutting, attended by Hartford Mayor Luke Bronin.