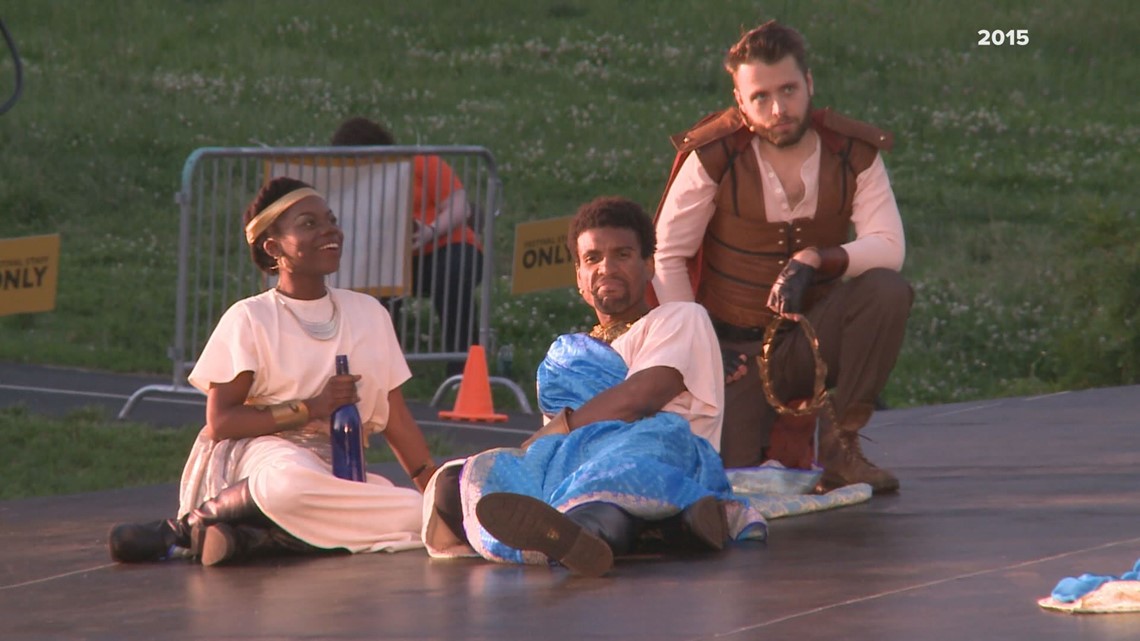 We delved into the archives going back 21 years, when live theater played to huge crowds in Forest Park. No gates, no tickets and lots of people bring picnics.

ST. LOUIS — This week’s Vintage KSDK takes us back to June 2001, the month of Forest Park‘s very first Shakespeare in the Park.

It’s live theater in Forest Park. No gates, no tickets and lots of people bring picnics.

The very first production 21 years ago was Romeo and Juliet.

We also found video from 2011 when The Taming of the Shrew was staged, and 2015 when Antony and Cleopatra performed under the lights of Forest Park.

And because it’s live theater, anything can happen, as one of the actors described it.

“So there’s a running joke about how many bugs we ate during the play, but I mean, that’s what’s exciting, you get things you don’t normally expect to be in a theatre, sunlight, insects, heat.”

Since its first year, Shakespeare in the Park has grown into a year-round institution, putting on over 250 performances in our area each year.

But it’s the band’s summer work amid grassy fields that attracts huge audiences on the long twilight evenings each June.