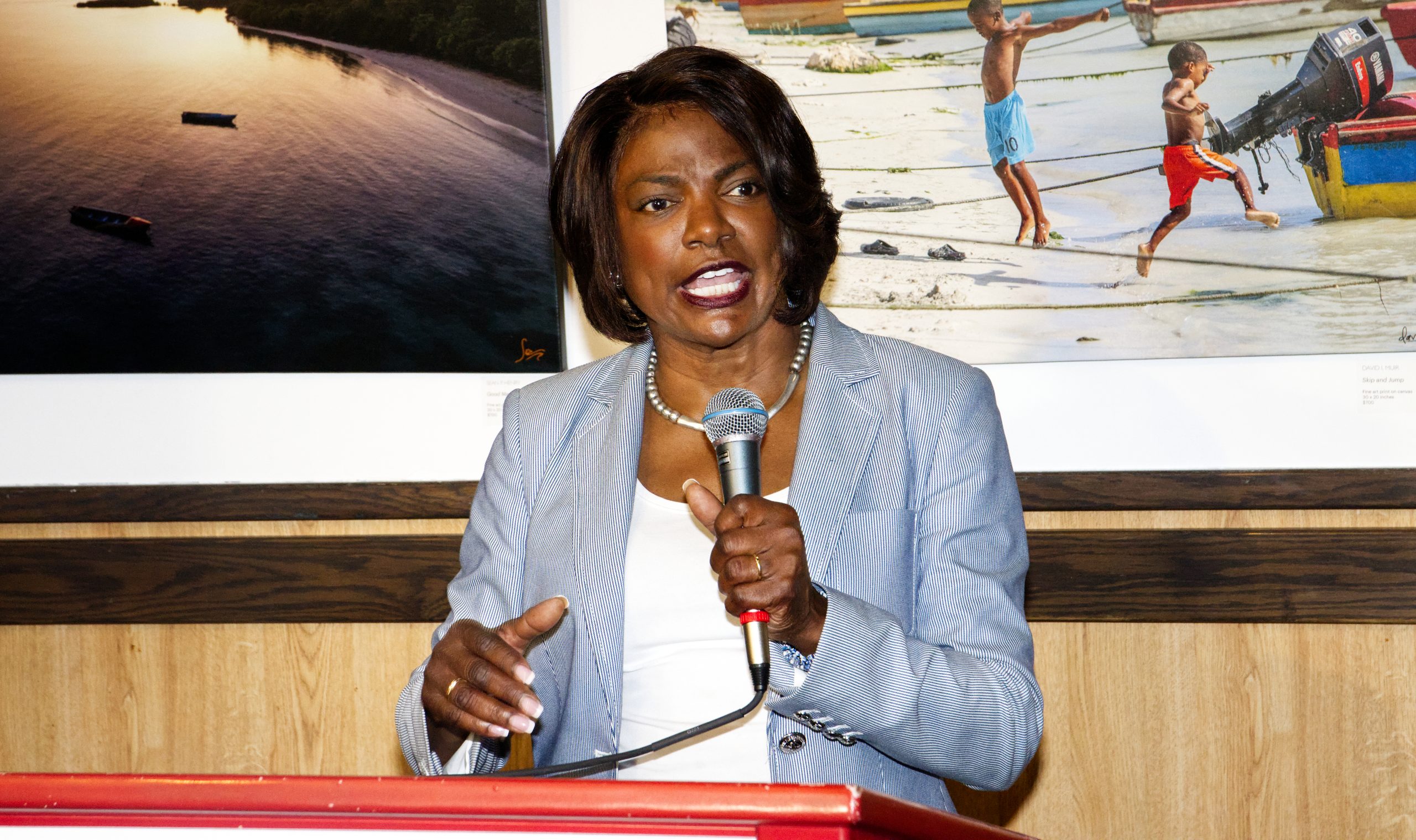 Florida Senate candidate Val Demings has shifted her campaign to South Florida over the past week as she woos South Florida’s strong Caribbean community to unseat incumbent Marco Rubio in November.

Last Monday, the Congresswomen met with the Haitian community in North Miami before heading north to Broward, where she met with other Caribbean nationals on Tuesday. In Broward, she made stops at Donna’s and Dutchpot restaurants, two of South Florida’s popular Caribbean eateries. She then toured Island SPACE, the only Caribbean museum in the region.

Making her case to unseat Marco Rubio, Demings made it clear to the rally at Island Space that she was “running to win!”

“I’m on a mission to make sure that every man, woman, boy and girl, no matter who you are, where you’re from, the color of your skin, where you live, how much money you have, will have the opportunity to succeed in a country that we say is the greatest country in the world,” she told her supporters.

Regarding health care, she spoke of her belief that: “Everyone living in the greatest country in the world should have access to affordable health care.”

Moving on to social security, she pointed out that: “When we are all ready to retire, I want to be able to retire with dignity and respect, which means we must do everything in our power to protect Social Security and Medicare.”

Rep. Demings also spoke about gun violence in the country and the right to choose, saying, “We can do better than that” and “we need a senator who can do better.”

Last month, a Center Street poll showed Rubio (50%) leading Demings by eight points among likely voters. But pollsters warned there was still room for change ahead of Election Day in November.

Center Street co-founder Jacob Perry reportedly said, “Marco is still the frontrunner, but what’s interesting is that he’s sort of stalled. He has a motivated base of locked-in voters, but he’s not breaking new ground to attract new voters.

And even though Demings “demonstrates real strength in favoring candidates” according to Center Street, she still has shortcomings in “name awareness.” One advantage for Demings is that she leads Rubio 37 to 29 percent among unaffiliated voters.

Highlighting her commitment and her chances of winning, Demings told her Florida audience on Tuesday that she’s outplayed her opponent every quarter since putting her hat on in the race. She said she took in $700,000 more in the first quarter, $2 million more in the second, and $2.5 million in the third. In the fourth quarter, Demings said he raised $5 million more than Rubio, and in the last period, while Rubio raised $4 million, donors increased his coffers by $12.2 million.

Norefusalpaydayloansukdirectlenders provides short term loans to people in the UK