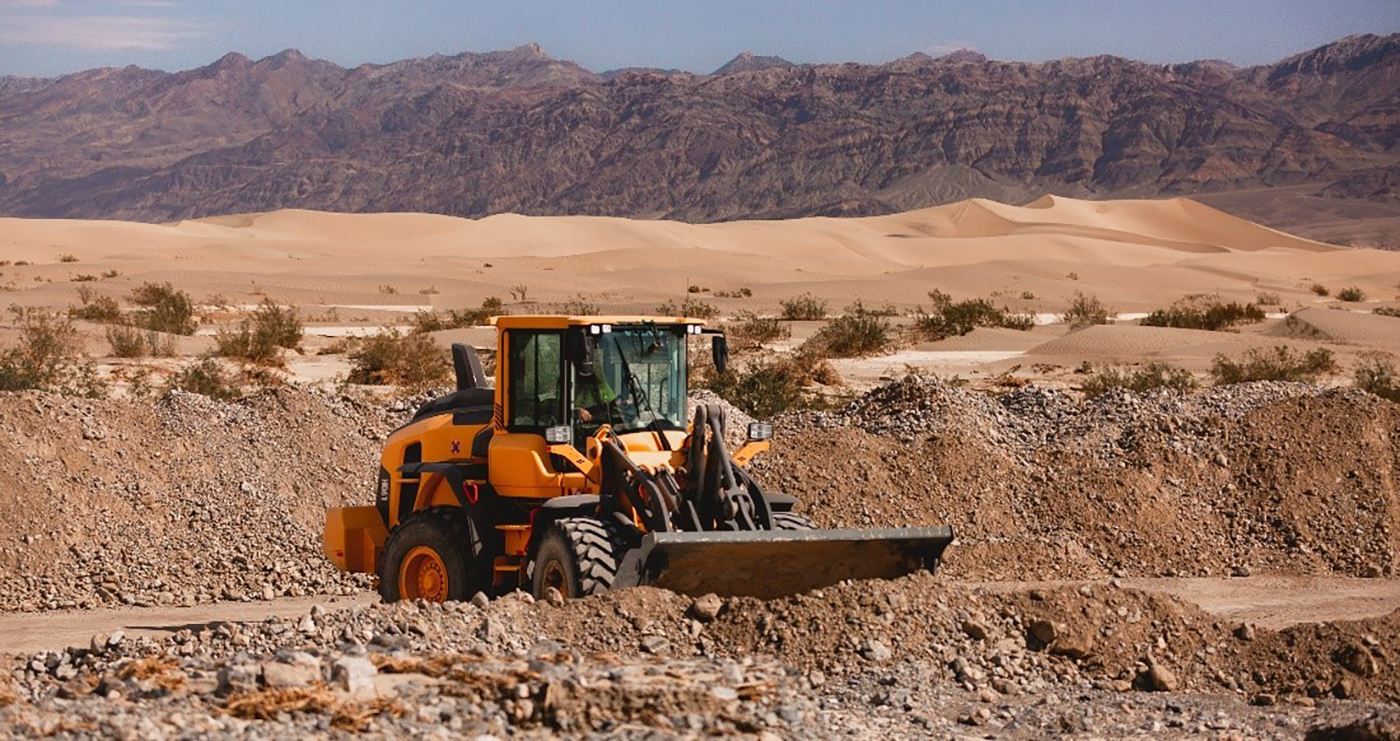 Clearance of a parking lot at Mesquite Sand Dunes in Death Valley on August 16, 2022, in preparation for the reopening of the popular site, Death Valley National Park / NPS

Editor’s note: Small storms on August 16 and 18 caused debris flows on roads that are expected to reopen on August 20. While some of the park’s most popular sites are still gearing up to welcome visitors on the 20th, park officials are warning that the first 17 miles of Badwater Road (including all of Badwater Basin) and Dantes View may still be closed. . Sites that require access from Badwater Road include Golden Canyon, Artist Drive, Devils Golf Course and Natural Bridge.

death valley national park the most popular sites will reopen to the public on Saturday, August 20 – just two weeks after historic flooding triggered massive, record-breaking rainfall and caused millions of dollars in damage to roads and facilities. Several park roads remain closed, so visitors should plan ahead and not rely on GPS.

“We look forward to welcoming summer visitors back to Death Valley’s most popular sites, but at the same time, we want to warn people that many park roads will remain closed for months while repairs are being carried out,” said said Mike Reynolds, park superintendent. . “I am grateful to our work crews and partners at Caltrans who have worked tirelessly to reopen popular sites to visitors. This is an opportune time to visit the park and see firsthand the dramatic impacts of a 1 000 years.”

California Department of Transportation (Caltrans) maintenance crews have been working to reopen State Route 190, the main thoroughfare through the park. The National Park Service (NPS) is responsible for most of the other roads in the park and has worked hard to clean them up to make them safe for the public.

Visitors will be able to only be able to access the park via State Route 190 and Panamint Valley Road. All other paved roads including Badwater Road from CA-178, all access roads via NV-374 (Beatty Cutoff and Daylight Pass) and North Highway/Scotty’s Castle Road will remain closed for repairs.

All roads entering and passing through the park were closed to the public on Friday August 5 due to severe flooding. The park, which has approximately 1,400 miles of roads, including 200 miles of paved roadways, has been impacted by debris, loss of shoulder roads, undercutting and loss of pavement. Workers have assessed 600 miles of roads and 200 miles are deemed impassable. Park officials say there are still 800 miles of road to assess.

Crews from both agencies have spent the past two weeks assessing damage, making critical repairs and clearing tons of debris and dirt from the roads.

The park is vast. At around 3.4 million acres, it’s nearly the size of Connecticut. NPS officials advise visitors to return to the park, they should exercise extreme caution and respect the closures.

Other attractions will remain closed indefinitely, and some park roads could remain closed for days or even months, depending on the severity of the damage, NPS officials said.

Motorists should also expect temporary delays and lower speed limits when traveling through the park. They may encounter one-way traffic control stops and limited parking on the shoulder. They should also watch out for loose gravel on the road which could impact windshields and tires.

Backcountry roads are still being evaluated and the park does not have information on conditions in many areas. The public should be aware of hazardous conditions, including missing shoulders, steep drop-offs and impassable areas on backcountry roads. Backcountry travel in Death Valley requires proper equipment (including a high-clearance vehicle and rugged backcountry tires), careful planning, and experience in extreme heat and harsh conditions. harsh desert conditions.

According to the National Weather Service, temperatures in Death Valley over the weekend are expected to be around 115°F (46°C). The NPS encourages park visitors to stay safe in the summer by not hiking at low altitudes after 10 a.m., staying within steps of air conditioning, drinking plenty of water, and eating salty snacks.