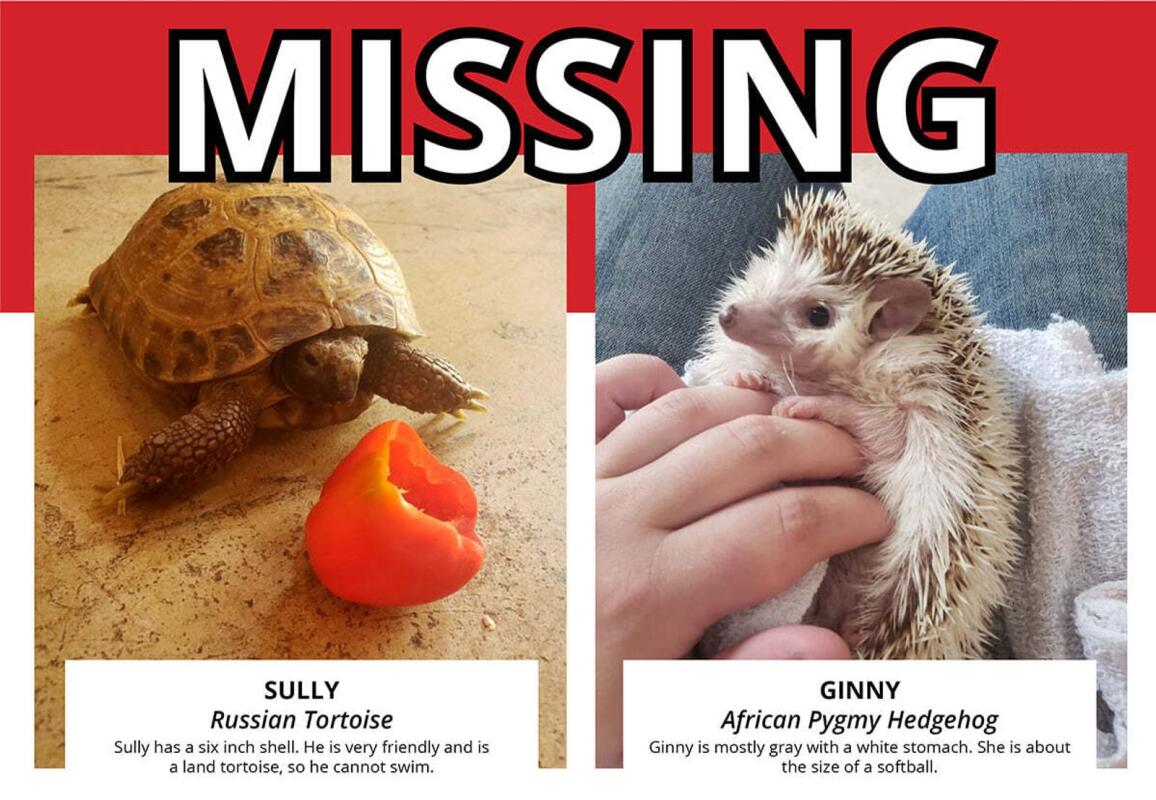 The turtle was found unharmed, the hedgehog is still missing

According to the Cedar Rapids Police Department, Sully the Russian Turtle and Ginny the African Dwarf Hedgehog were taken out of the barn between 12:30 p.m. and 4:00 p.m. on Tuesday.

Police said the suspect (s) should have jumped the six-foot-high fence that surrounded the barn before removing the animals from the barn, the door of which was slightly ajar due to the high temperatures.

Image detailing the missing animals in the town of Cedar Rapids. The turtle has been found, while the hedgehog is still missing.

The zoo was closed at the time of the theft, police said. The police department declined to comment on security measures in place to protect the zoo and its animals.

Sully the turtle was found Wednesday afternoon in the park, about 100 yards from the barn, police said. The turtle is unharmed.

Police said it appears whoever removed the animals from the barn then released them inside Bever Park. No suspects have been identified, they said.

The hedgehog has not yet been found.

A week of offers just for our readers