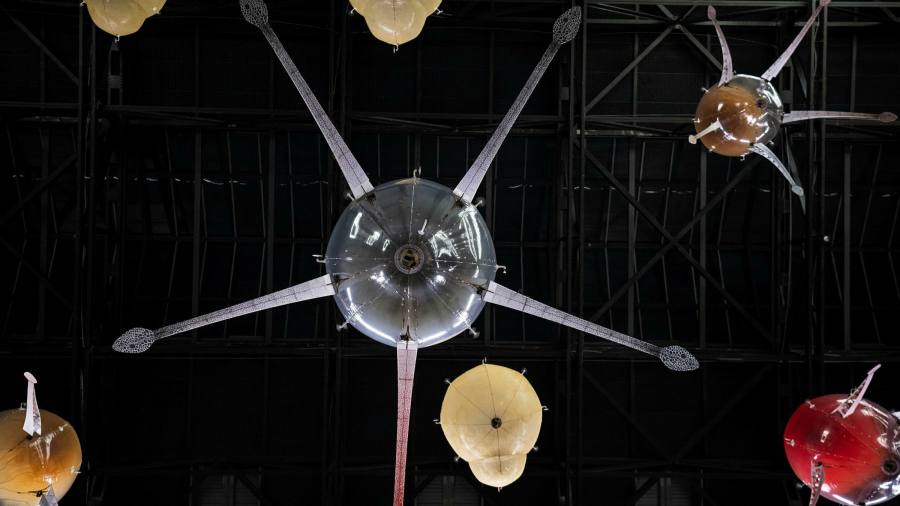 The best of art of 2021, from Goya via Turbine Hall to a resurrected Courtauld

From closed cities to shimmering new spaces for exhilarating exhibitions, from canceled shows to moving grand masters and reborn blockbusters: since the doors opened in the spring, what a transformation 2021 has brought to European museums. The keywords have been hope and joy – but political and cultural pressures have surfaced as seldom before, conditioning the way we appreciate and think about art.

In the best shows, people came first. “The Duchess of Alba”, “La Maja vÃªtue”, kings, courtesans and witches presiding over the Beyeler Foundation in Basel in a unique generation Goya, a show of flamboyance balanced by interiority. It was, I wrote, the best exhibition I have seen in five years.

Vital and authoritarian in their physical presence, a dozen handsome men from Haarlem – fiery captain, ruddy brewer, fancy clothier – come from across the Channel and the Atlantic to join “The Laughing Cavalier” at the Wallace Collection’s Frans Hals: The Male Portrait. Sounds bold in an increasingly feminized field: eight of Tate’s nine solo performances by living artists in 2021 were by women, of a very uneven level. Again Paula Rego at Tate Britain resonated beautifully for its radicalism – no painter has overturned the male tradition in a more inventive way to express the experience of women.

In quality, figurative painting reigned over the year. In the midst of the pandemic, we wanted faces, companionship, relationships.

And also mystery. London’s exhibition season started with psychedelic teas and missing bunnies in the V&A’s immersive wonderland Alice: more curious and more curious and ended with translucent, spider and electrified “aerobes” floating through the Tate Modern in Anicka Yi’s Turbine Hall commission “In Love with the World”. The strangeness, the wonder, the existential undercurrents seemed appropriate. “Who am I in the world? Alice asks as she and everything around her changes in unfathomable ways. Yi is his 21st century descendant, bringing anthropology and AI to a surreal installation that questions who we are among changing species, invasive robots.

In Paris, the city serves as a backdrop for the search for the spirit in Marcel Proust, A Parisian novel, launched this week at the Carnavalet Museum. France emerged from confinement in the spring with the reopening of the shiny and renovated Carnavalet: more lucid in its layout, more unusual testimony of urban experience than ever – corridors of old store signs, period ballrooms, miniatures of ivory guillotine, Proust’s bed, each small room everywhere.

In summer in Rome, the new opening was Casa Balla. Giacomo Balla’s apartment, adorned from the ceiling to the floor, from the lampshade to the bathroom tiles, in the cheeky hues and abstract patterns of the futuristic, has been restored as a capsule of optimism and endurance in everyday life – Balla lived and created here through fascism and war. The accompanying show of the MAXXI Museum, From home to the universe and back, spoke of our bizarre last two years between inwardness and acute sensitivity to global and environmental impact – when every imaginative business felt political.

The Praemium Imperiale, Nobel equivalent of the visual arts, rewarded him by awarding the 2021 painting prize (former Hockney, Twombly, Richter laureates) to the tropical forest photographer SebastiÃ£o Salgado. Science museum Amazonia – Stop in London on a European tour (there is also an excellent catalog of Taschen) – captivating: huge monochrome images, black velvet, silvery gray, crisp white, epic in scope, sharp in landscape and human details , you soak in the beauty but the peril of “paradise on earth”.

“Paradise Edict” is a monumental painting of bodies writhing in a magnificent snake infested Eden, based on the forested coast of Kenya on the Somali border, contested by al-Shabaab and the Kenya Defense Forces. It was the centerpiece of the Royal Academy exhibition that marked Michael Armitage as a major force in painting.

Armitage, 37, loads dreamlike landscapes melted, graphic figures, modernist allusions, with dark narratives on current and postcolonial tensions. He is first of all a virtuoso of sumptuous surfaces, luminous colors, exhilarating brushstrokes; their accounts of conviction and power of appeal questioning historical points of view.

What happened at Tate that such an achievement and ambition was ignored for the Turner Prize in favor of five social work collectives? Does anyone with eyes – mind, heart – believe that the Belfast pub mockery, with which Array Collective won the 2021 award, is Britain’s best art?

The history of the decade is a cultural theory that cannibalizes the history of art – but also the anime, the nuance. Tate Britain’s winter exhibits demonstrate both. Upstairs, the gains: Life between the islands, a flashy, captivating and omnipresent multimedia investigation. Part of it is a documentary – the pioneering photographs of the 1960s-70s on how “black people perform in a certain vernacular”, as Armet Francis put it, are exceptional – on the construction of identity in response to racism and exile, in part a glorious account of what Caribbean artists, from Frank Bowling to Chris Ofili, bring to British painting.

Below, the disaster: Hogarth and Europe hardly concerns the artist’s relationship with his foreign contemporaries, as presented, and is sabotaged by ubiquitous, ignorant, strident, irrelevant wall texts condemning the artist for being white, male and living in same time as slavery – to which he had no connection. Hogarth’s humanity, comedy, and exuberance triumph over keen conservatives, but what future for Tate’s historic art if its curators love it and misinterpret it?

How to preserve while contextualizing history is the nettle that every museum must seize now. London’s intimate Geffrye Museum, reconfigured this summer as a house museum, has dropped its name but not the statue of its founder as a slave trader above the gate – in 2020 Culture Secretary Oliver Dowden decided he was staying. But inside, a featured exhibit is Michael McMillan’s gold foil and lace doilies “The Front Room” (currently on loan to Life between the islands), evoking the experience of the Caribbean immigrant.

More than one European opening has been shaken up by an unresolved history. Berlin’s sprawling and vexed Humboldt Forum, launched in July to showcase the city’s non-European art, is void of the strengths it was built for – in October a landmark deal was signed to fire most of its Beninese bronzes in Nigeria. Meanwhile, the fabric of the Humboldt is a sad palimpsest: a mock neoclassical palace, with a modern wall, replaces the 1970s Palast der Republik, which itself replaced the original Baroque monarchy.

And at the Kunsthaus in Zurich, the fall launch of David Chipperfield’s harmless, clean and bright extension, built for long-term loan from the BÃ¼rhle collection – high-flying Renoir, Monet, Modigliani – turned toxic when attention was drawn to BÃ¼rhle, the Nazi arms dealer. The Kunsthaus is planning further research and explanations. How damaged is a tainted image?

Philanthropy seems more neutral as you step back in time, but by all accounts Samuel Courtauld was a generous visionary, collecting gifts for the nation in the 1920s. The Courtauld relaunched last month with the gallery the most spectacular in Britain, the renovated and expansive great room, housing our most spectacular collection of paintings: the tilting and overwhelming world of “Un bar aux Folies-BergÃ¨re” by Manet, “La carte” by CÃ©zanne Players “, auto -representation of Van Gogh with the bandaged ear. Linda Karshan’s new gift of exquisite drawings – Giacometti, de Kooning, Twombly – brings this beloved museum back to modernity. The refurbished Courtauld is a gift to London for another century.

What were your favorite exhibitions, works of art and galleries in 2021? Tell us in the comments