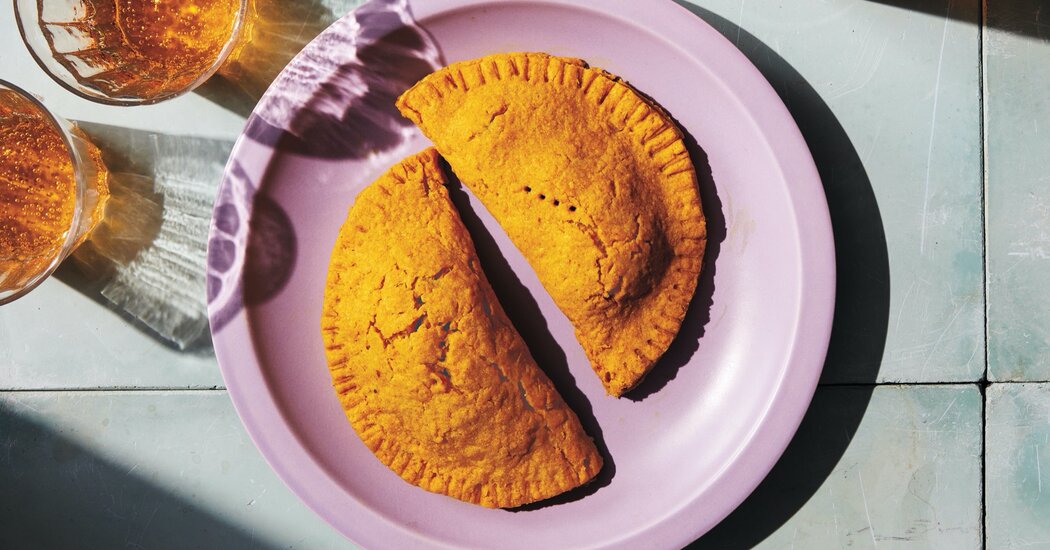 The pancake’s journey to achievement is as varied as the history of Jamaica.

Generally, though, there couldn’t be faster food – you order a patty and poof, it’s in your hands. If you’re lucky, it’s crispy to the touch. If you’re luckier, you’ve taken a bite quickly enough for the steam to escape from the dough. And there’s a kick of spice present – enough tartan beanie for you to say “Hunh”, but not enough to send you into a sprint. But above all, a beef patty is both deeply understated and entirely singular, a ritual taken for granted that you can’t help but cry once it’s gone.

The pancake’s journey to achievement is as varied as Jamaica’s history; The island’s national motto is “Out of Many, One People”, adopted in 1962 after the island gained independence from England. From the arrival of the Spaniards (with their simultaneous chaos) and the British (with their simultaneous chaos) to the generations of Africans who were enslaved on the island, the mix has only grown stronger over the years. . Indentured servitude and migration patterns also brought Chinese, Indians, Jews, and other Caribbean West Indians to the island. And with the rhythm of migrations and relocations, the confluence of cultures and mores of the island changed shape, taking what was given to it and adapting continuously.

The eating habits of the island have also changed. As Enid Donaldson writes in “The Real Taste of Jamaica”, the predilections of these arriving cultures “have all contributed to creating the unique culinary mix that is Jamaican”. The world is so much smaller than we make it out to be. So perhaps it’s no surprise that one of the wonders of my life has been to find beef patties all over the world: I ordered them, four beers, off the bar stool at Patois, a restaurant Caribbean and Asian in Toronto; and I’ve eaten barefoot patties at beachfront convenience stores in Playa del Carmen; and I even found variations of patties on the menu of an entirely delicious (now defunct) Jamaican-themed queer bar in Osaka, where the microwaved dish I snacked on at four when I I was a child was served next door umeshu.

But the biggest surprises are coming closer to home. Not too long ago, my boyfriend and I passed by Cool Runnings in Houston, one of our first sit-down diner outings in years. We were ushered into the dining room, an idle dance hall, where streamers hung above an empty stage. Our waitress inquired about our spice tolerances – insisting, with a smirk, that we be honest, for the good of all – before bringing out a plate of brown chicken stew, another of ackee and fish salt, then two pancakes: one beef, one chicken.