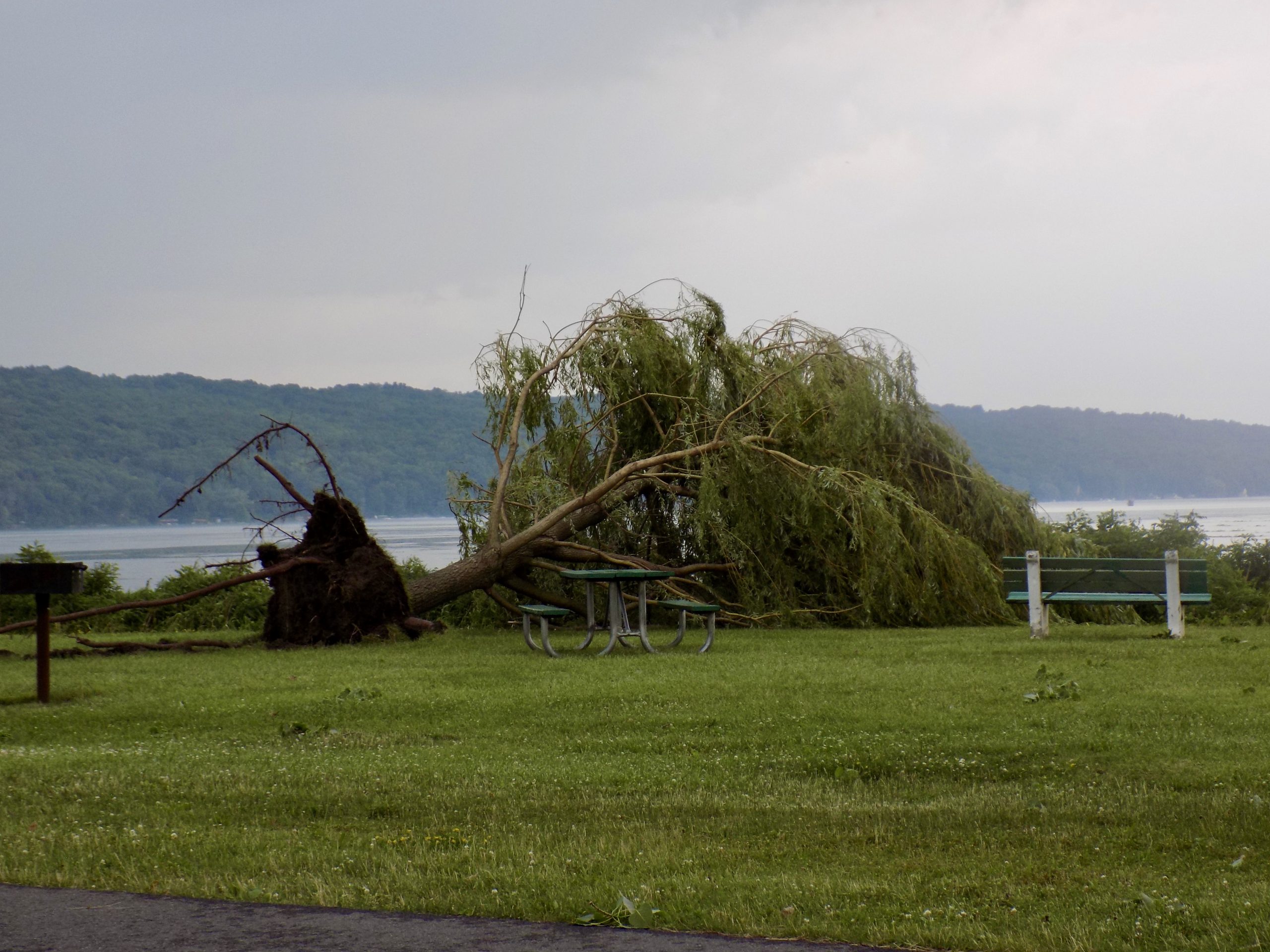 The park has been closed for more than a week after storms knocked down several trees and branches throughout the park. At the time, Friends of Stewart Park spokeswoman Janelle Alvstad-Mattson called the damage “devastating.”

Teams of volunteers have been working since then to clean up the park and remove debris. However, more storms in the meantime have apparently done more damage that needs to be dealt with before the park can be reopened.

“We are sorry to report that additional thunderstorms during the week caused further damage to Stewart Park,” the announcement read. “Large trees have been felled in playgrounds and tennis courts, with many more felled trees and branches obstructing various areas of the park.”

Lodge rentals, activities and programs previously scheduled by the Youth Office or the Cascadilla Boat Club will be honored, but travel within the park is expected to be limited for safety reasons, the city said.

Matt Butler is the education and public health reporter for Ithaca Voice. He can be contacted by email at [email protected] More by Matt Butler

House hunt in St. Lucia: Nestled in the Piton Mountains for $ 1.9 million