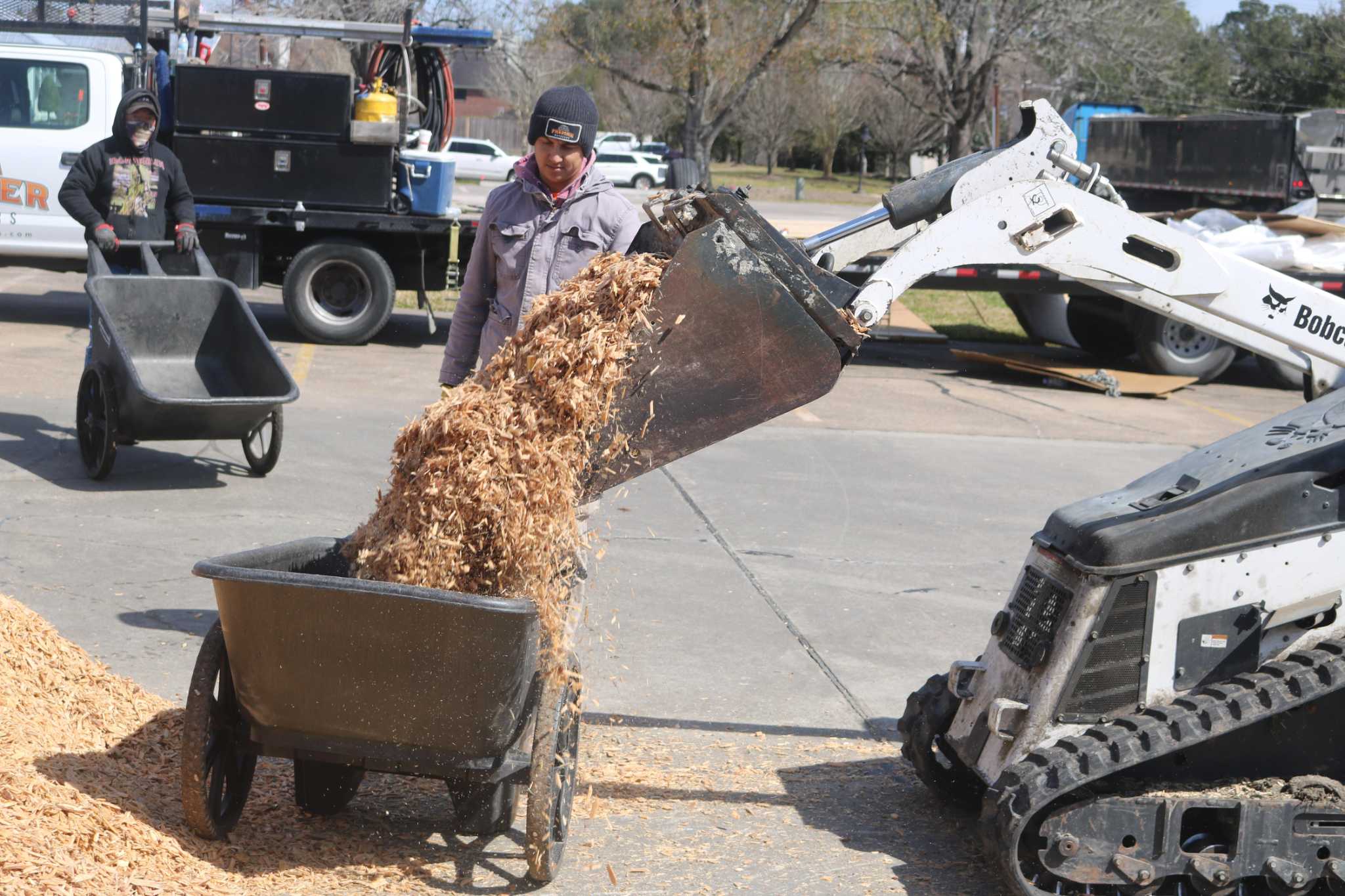 Stevenson Park’s renovations are going well, it seems. The gravel path that wound through the scenic park was replaced with a concrete base covered with a rubberized composite material.

But the biggest and best change to the park, which is closed for renovations, is the new children’s play area which has been installed just west of the tennis courts and adjacent to the current one.

Children using this new addition to the park will never encounter them, but part of their enjoyment will be due to the five wheelbarrow-laden men dumping around 500 loads of woodchips onto the playground floor. This surface is recommended to prevent most injuries from falls.

This material is known for its shock absorption capacity and its ability to wick away moisture.

Anyway, I recently watched them hike from the Stevenson Park parking lot to the new playground, a pretty good little hike, and unload 15 wheelbarrows of chips. A big truck had just dumped a mountain of chips in the parking lot and our wheelbarrow heroes immediately started chipping away at that mountain.

So reassure frequent visitors to Stevenson Park, a new and improved park is just around the corner.

Friendswood residents who enjoy catching crabs may have to put that effort aside for a little while from now on.

Until February 27, Texas coastal waters will be closed to crabbing with metal or wire mesh crab traps to facilitate the 20th annual volunteer crab trap cleanup. All traps left in bays, including traps attached to docks, will be assumed abandoned and considered trash under state law.

This allows volunteers to legally remove any crab pots they find.

In the late 1940s, crabbing in this way was considered a positive impact. But then Texas was overrun with metal traps, creating the current problem that led to Senate Bill 1410 and the introduction of a volunteer program to find as many abandoned traps as possible each year.

If our nature-loving residents would like to volunteer in the effort, call 281-534-0100. Christine Jensen is this year’s director of parks and wildlife for Galveston Bay Texas and trap removal coordinator. There are a bunch of trap drop sites nearby, including the boat launch at Dickinson Bayou on SH 146.