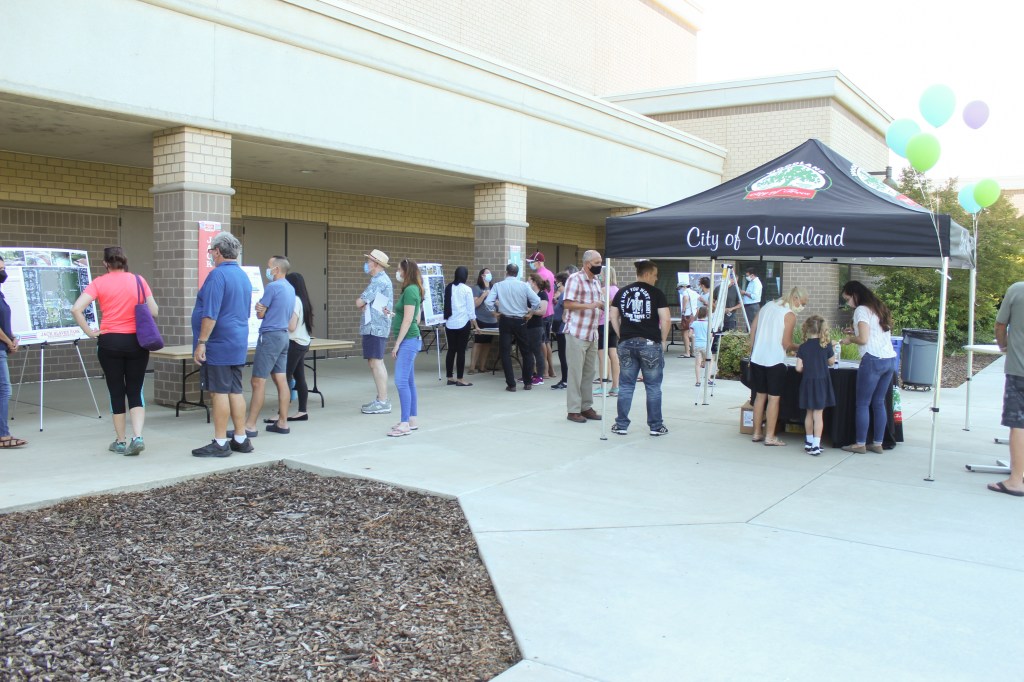 The Town of Woodland hosted a Spring Lake Park Community Open House to educate residents on amenities that will be added to several parks based on the survey results.

“We’re giving people a choice of what’s affordable for each of the parks, and then we have a better idea of ​​what amenities will work in each park,” said Woodland Park Superintendent Westley Schroeder.

He added that all of the projects showcased at the event – Jack Slaven, Rick Gonzales Sr., Spring Lake and Spring Lake Central Parks – will end up being completed around the same time and that the amenities on display would finalize most of the parks. .

City staff greeted dozens of residents who walked to four different stations during Thursday’s event. Each station represented a park and detailed new amenities that will be added based on surveys asking people living near each park what they wanted to see in their nearest park.

“For Jack Slaven, we are proposing a sports field and this is based on the survey results we got,” said Carissa Ma, who was helping manage the Jack Slaven station. “The rest would be mostly plantation areas around there and we’ll try to extend the walkway.”

“I live around the corner from Jack Slaven Park,” said Spring Lake resident Jennifer Ownes. “It’s been 15 years since the park was built with two empty acres all this time that are undeveloped.”

According to Owens, that same lot was to be filled with shrubs and would not include any amenities that children could use.

“We’ve been waiting for extra equipment for our kids for 15 years, we’re paying these insane Mello-Roos tax bills and what we’re going to get are extra shrubs?” It is incredibly frustrating.

She noted that the park should at least have a swing, but thinks a full basketball or tennis court that the kids could use would be a great addition to the park.

“Adding more play options would really enrich the park,” she said. “You would think that with all the money that was given to Mello-Roos, there would be money to put in place proper park equipment in our parks.”

City Manager Ken Hiatt also attended the event and spoke to many residents about the new amenities.

“It’s exciting for me to finally be at a point in our construction of Spring Lake where we are able to complete some of the upgrades residents have long awaited,” said Hiatt.

He noted that the feedback from most of the residents he spoke to has always been positive and that many are excited to see the parks come to an end.

“They all recognize that there are compromises,” he said. “You can’t always get everything you are looking for, but I think so far people are excited and encouraged and ready to see these parks completed.”

Hiatt added that it is encouraging to see residents participating so much and appreciates the feedback, which helps refine their thinking.

“We want to make sure we’re making improvements that our residents can own and are proud of. “

In Barbados, a different kind of all-inclusive resort