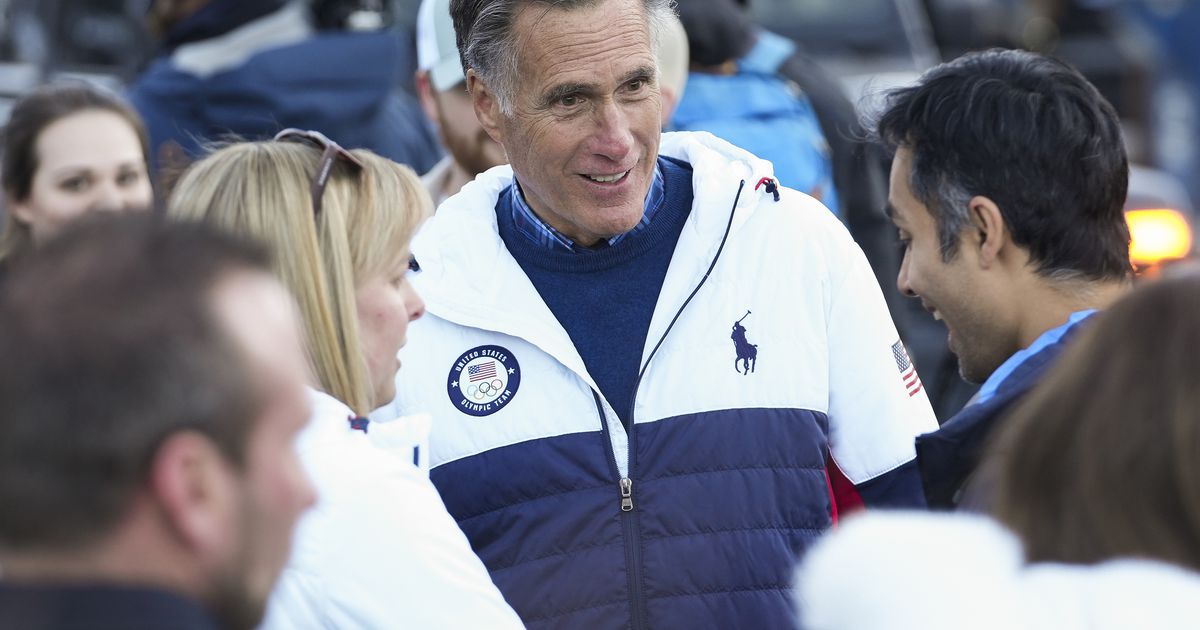 The Utah Republican tells onlookers he’s optimistic the Games will return to the state.

Senator Mitt Romney visited Bob Wells Plaza in Park City on Saturday to celebrate the 20th anniversary of the 2002 Winter Olympics and hoped Utah would host the Games again in years to come.

The Republican senator spoke to attendees and posed for photos at the event, which included a miniature curling rink, rock climbing wall and Olympic highlights screening. When Salt Lake City hosted the Games in 2002, Romney served as president and CEO of the organizing committee, and he shared his memories of the Games with spectators on Saturday.

Romney said the Park City community knows how to serve each other and welcome visitors, making it an ideal host city for the Olympics.

“People came out in record numbers,” Romney said. “They were welcoming, opening houses for visitors to come. … The main street was just packed with people celebrating, and the athletes were spectacular and our playing field, the quality of our sports venues, was unparalleled.

“Whether we get them in 2030, 2034 or 2038 is something international politics will determine – because there are a lot of nations that would love the Winter Olympics,” Romney said. “But they will come back to Utah one day.”

Of the 223 athletes representing Team USA this year, more than a third have strong ties to Utah – and Salt Lake City native Nathan Chen won gold in the men’s free skating program on February 9.

“It’s really something to see about a third of our Olympic team in the United States having ties to Utah, many of whom were born here,” Romney said. “Nathan Chen’s landing was just an extraordinary thing to watch. And heartfelt moments too – [speedskater] Brittany Bowe, giving up her spot, I think she was in the 500 meters, so a teammate could go compete. I mean, these are the kind of stories that remind you of their American-mindedness.