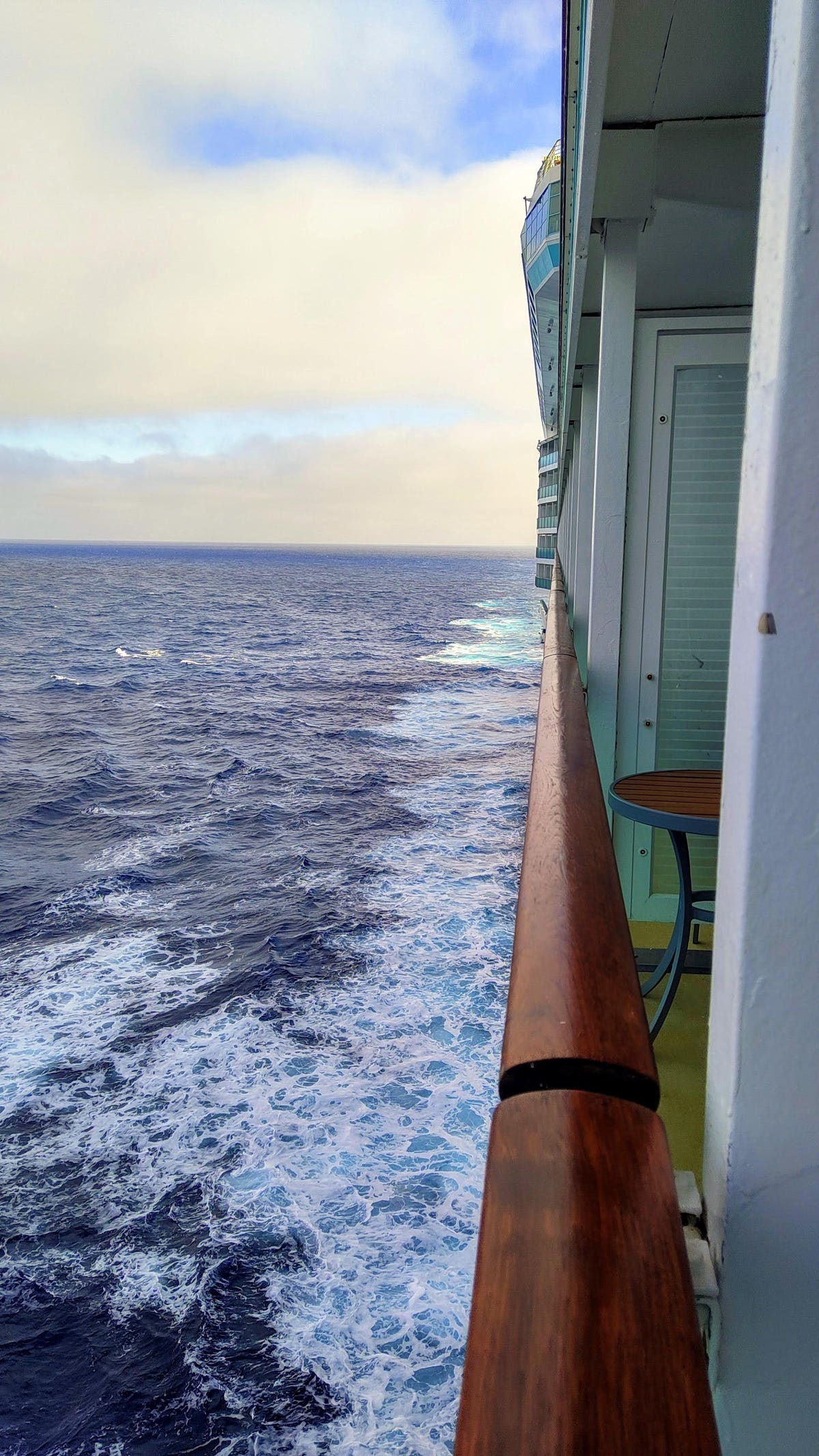 My wife and I took a three-day cruise with two other couples last weekend – and quickly realized that Royal Caribbean was an epic failure when it came to technology.

After making a reservation, our first connection to the cruise was an app which we were told we had to download every download in order to board. It was a harbinger of things to come. My first thought was what about the millions of people who don’t have smartphones – especially the many older people who like to cruise but still use flip phones? A Royal Caribbean phone representative confessed to me “okay, it’s not essential to have the app, but you can expect very long wait times to get on the ship”. More on the app shortly.

The lack of technological sophistication on board quickly became apparent once we got on deck. We headed straight to our room to drop off the bags and immediately realized there were only two wall sockets and a USB port on the phone side of the room. As we brought two phones and a smartwatch, we were covered there for overnight charging. But I also had a pocket electronic translator with me – it was an international cruise – which I had to recharge during our travels during the day. While this was a minor inconvenience for us because we packaged the light electronically, I imagine it was a bigger issue for many passengers. Especially for the many families on board.

Then we tried to connect to the ship’s WiFi. Except the only thing he gave us access to was the cruise line app. That’s it. If we wanted true “VOOM” WiFi to connect to the outside world, it would cost an extra $20 per day (apparently prices vary by ship). And we could only have one device logged into the account at a time. Also, if I read the explanation correctly, we had to buy it for each day of the cruise – not just for one day in the middle of the cruise to make sure everything was fine at home. Also, and this is where the app comes back to, if we paid Royal Caribbean an extra $2 per day per person – and yes, we had to pay for each day in advance – we could text each other on the ship via the ship’s app. This would be incredibly helpful when some of our party members wander off, so we know where to meet. The only problem is that the SMS function never worked. Like never. Talk about pirate theft. I ended up enabling international calling with Verizon once we were on land, for a relative bargain of $5 a day. Everyone in our group was saying that Royal Caribbean should just charge guests a little more up front and give everyone WiFi included. What is the problem ? The technology is obviously in place. I heard several passengers complaining about how they felt like they were getting nickel by the cruise this way. I know Royal Caribbean tries to portray this as a premium experience. But because I can stay in many luxury hotels for work, I don’t think I’ve ever seen any that don’t offer free Wi-Fi. I’m sure there are, but it’s common to provide it for free. And I know that free WiFi varies by cruise line and what level of cruise package you purchase, but that seemed cheesy from Royal Caribbean for basic customers like me. Look, I understand that going on a cruise is a getaway from real life. But there are always things going on at home and people need to stay in touch.

Then there was the lack of technological details elsewhere on board. The notice board on the elevators informed us all weekend that it was Friday again. Several times the app notified two members of our party that we were heading to a certain island that was actually not on the agenda. Then our excursion time was increased by 90 minutes. Except our app never notified us, like it was supposed to. If our friends hadn’t told us that they had received a message from the app, we would never have known.

In the grand scheme of things, we still had a great time. But if the cruise line had paid more attention — or more — to its technological failings, the waters would have been much smoother.