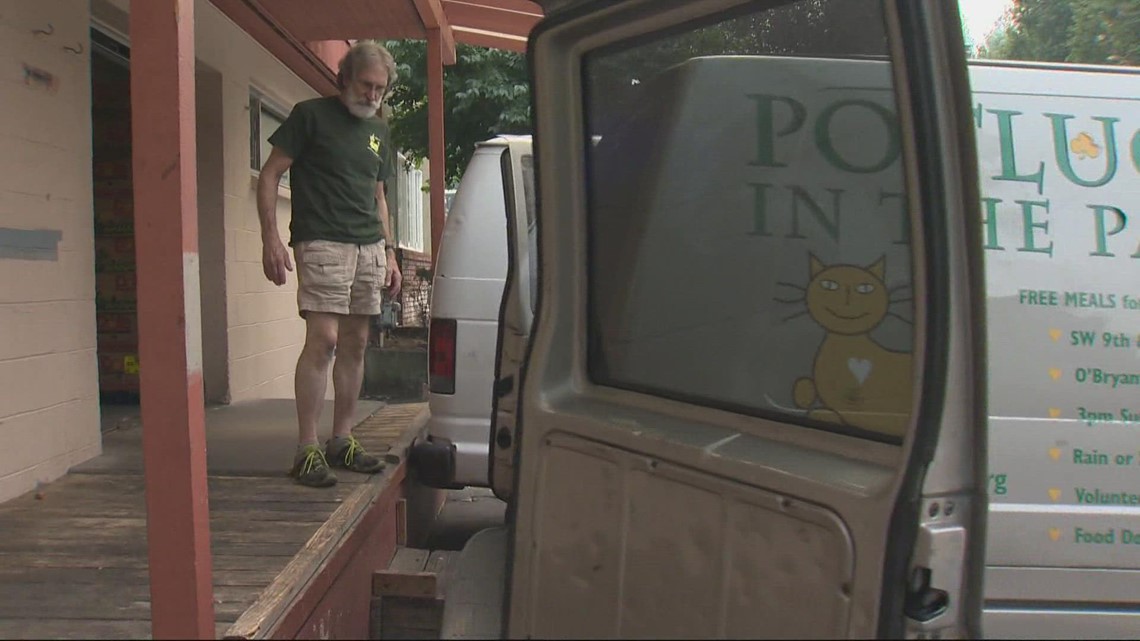 The Portland non-profit Potluck in the Park had two vans stolen over Memorial Day weekend. Today, volunteers reach out to the community for help.

PORTLAND, Ore. — A Portland nonprofit that feeds hundreds of people each week needs help from the community after thieves stole two of their pickup trucks over Memorial Day weekend.

Potluck in the Park serves up to 300 people every Sunday in the North Park Blocks. Volunteers usually park the vans outside their kitchen in southwest Portland. Both vehicles disappeared on Sunday before crews arrived to serve meals.

Less than a day later, a pickup truck was found in northwest Portland. The members of the association were able to restore it to working order. The other van was found near Marine Drive shortly after, but was already beyond repair.

The vans were used to store tables, awnings, garbage cans, brooms and dustpans. They also stored drinks, utensils, plates and whatever else the non-profit organization uses to serve people – and it was all taken during the flight.

“There’s a reason Potluck in the Park has been serving so many people every Sunday for so long,” Allen said. “It’s known as an organization that’s here to help people and bring them a wonderful hot meal.”

Potluck in the Park began in 1991, and since then the organization has served people every Sunday. Organizers were able to continue serving people last weekend even though their vans were stolen, but they had to bring in additional volunteers and drive their personal cars.

Anyone who would like to donate to a GoFundMe to support the organization can do so here.

RELATED: ‘Don’t Give Up On Humanity’: Woman Finds Priceless Family Photo After Wallet Stolen In Portland