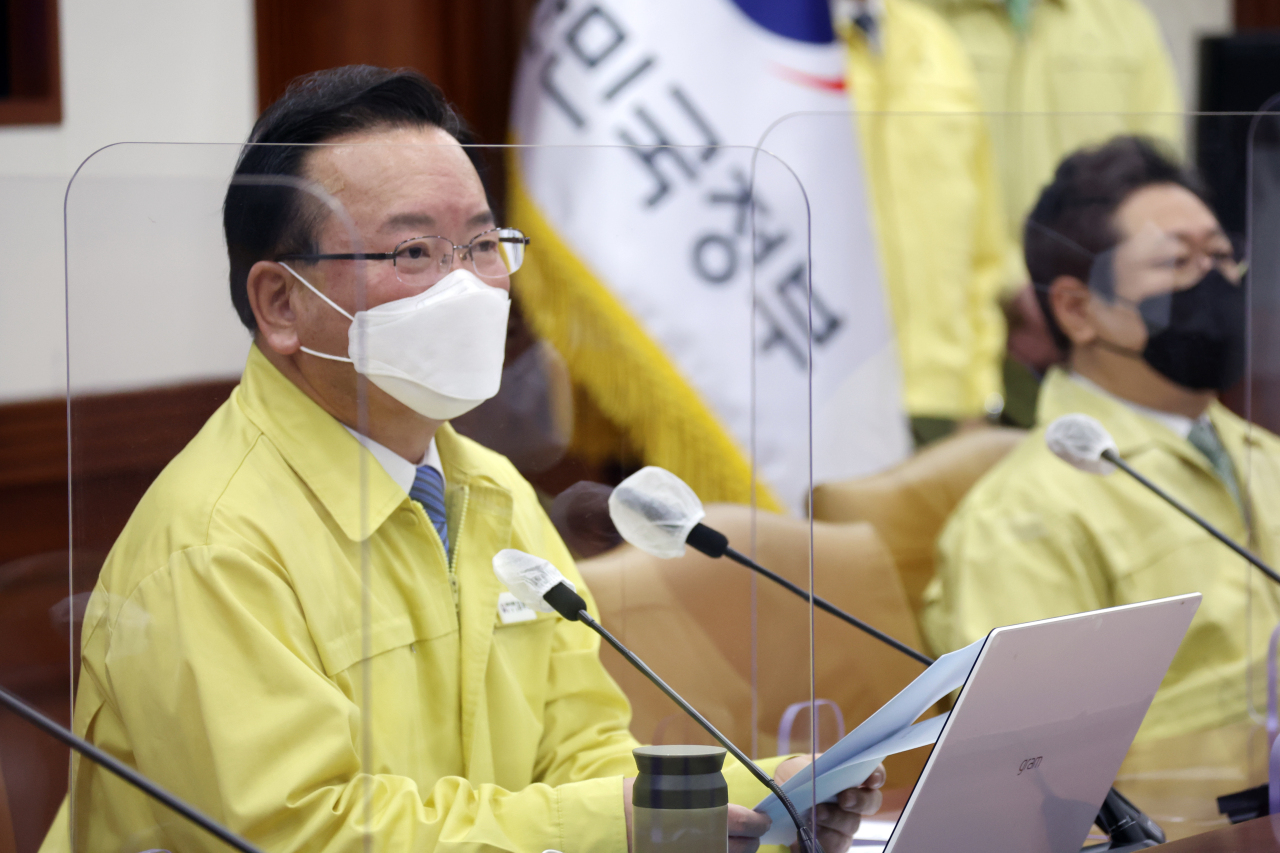 PM insists on political neutrality and discipline ahead of key elections

“Please refrain from any activity that could be misinterpreted before the election,” Kim said at the government’s New Year’s launch ceremony in Seoul. “We will strictly deal with activities concerning the production or provision of government policy data in an informal manner.”

South Korea is due to hold the presidential election on March 9 and local elections on June 1.

Kim also called on officials to focus on helping impoverished people amid the COVID-19 crisis, saying they should not be left behind in the recovery process.

Citing the urea solution supply crisis, Kim then called on officials to respond proactively by carefully observing the international situation. He also highlighted efforts to form an “innovative” government in the face of major transitions such as the contactless trend and the low carbon economy. (Yonhap)