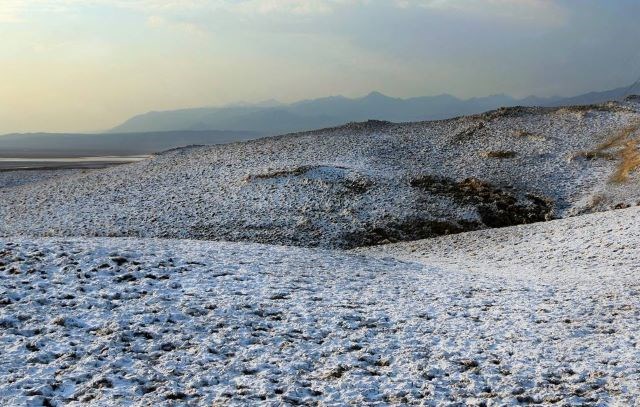 Snow is not impossible in Death Valley.

It looks like the hottest place on Earth was hit by a snowstorm before winter even began.

A photo of Death Valley National Park covered in white powder has left some people perplexed.

“Is … SNOW in Death Valley?” The US Department of the Interior said on Facebook.

While it may appear that snow is blanketing the park known to regularly exceed 120 degrees, it is not. The park was actually covered with salt.

“This phenomenon is caused when rain penetrates the ground by dissolving salts present below the surface,” rangers said on Facebook. “When this rain evaporates, it attracts dissolved salts to the surface by capillary action, leaving behind a fresh salty crust.”

The coating will erode over time, but it will turn white again when it rains again, according to the department.

People on social media marveled at the salty landscape.

Other people said they experienced the phenomenon firsthand.

Snow is not impossible in Death Valley, according to the National Park Service. In winter, the temperature at low elevations can sometimes reach the freezing point, but it drops by about 5 degrees for every thousand vertical feet of elevation in the mountain ranges surrounding the valley.

“Winter storms moving inland from the Pacific Ocean must cross mountain ranges to continue east,” the National Park Service said. “As the clouds rise, they cool and the moisture condenses to fall as rain or snow on the west side of the ranges.”

NWAC is the 2021 recipient of the Summer Reading Challenge donation