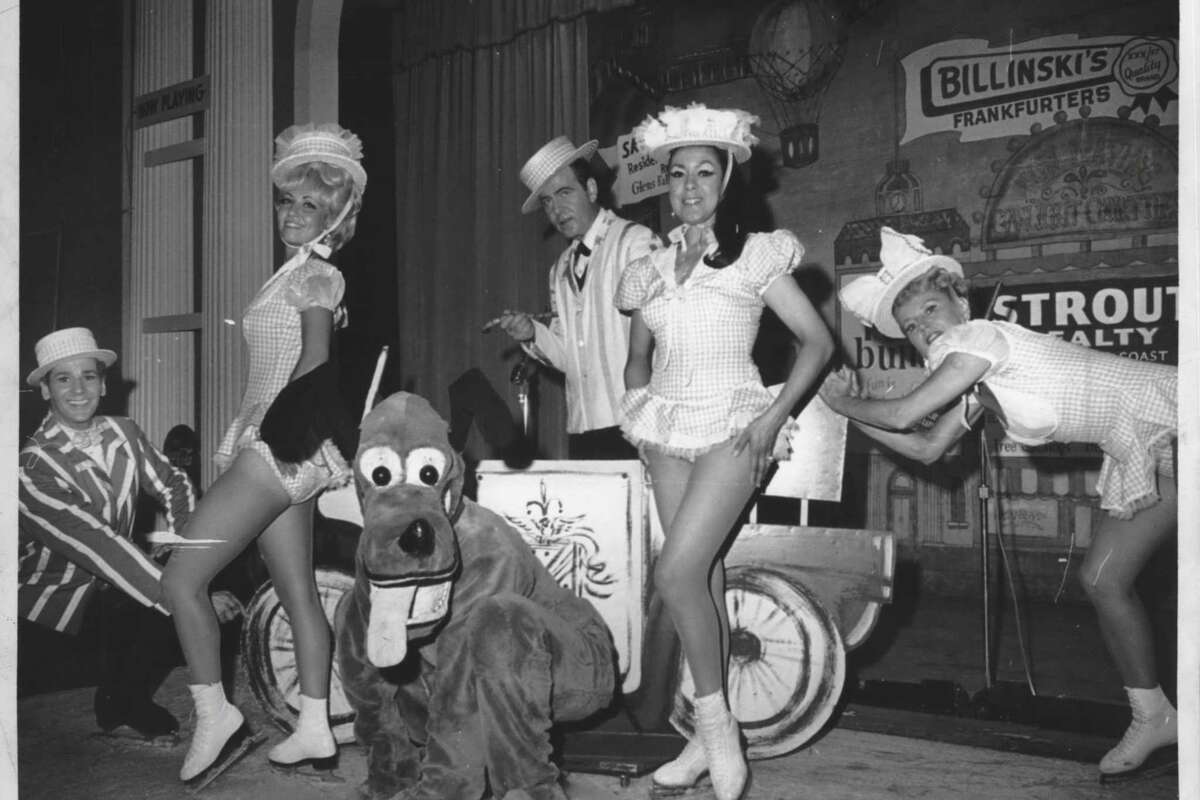 The first time Bob Carroll visited Gaslight Village, a theme park in the heart of Lake George that captivated visitors with its vaudeville-inspired entertainment, a magician invited him onto the stage and floated him through the air. Fascinated by the trick, the boy knew it wouldn’t be his last time on the park’s main stage.

“It’s the first thing you saw coming to Lake George…the ferris wheel, the rides, everything,” Carroll said. “As a child, I was in love with chaos.”

As a teenager, Carroll became a ventriloquist and magician at the park opera, which staged everything from silent films and melodramas to comedy shows and singing. He was famous for his unique vaudeville performances which Carroll said included performers from “The Ed Sullivan Show” and other top variety programs.

“It was the type of entertainment you could only find in Las Vegas,” Carroll said. But when operating costs weighed on owners, management cut back on the park’s biggest expense: entertainment. It was renamed Ride & Fun Park and Action Park and stayed open for a few more years, losing popularity to neighboring parks and getting closer to demise.

Flooded with high costs and competition from nearby attractions, Gaslight Village wasn’t the first Lake George area theme park to end with a wrecking ball — and it certainly wasn’t the last. (This week, a demolition crew was leveling Water Slide World to make way for a housing development on the south edge of Lake George.)

Gaslight Village was built in 1959 by Charles R. Wood, who developed several theme parks in upstate New York. Alluring performances on ice and outdoor shows with lions and tigers filled the entertainment schedule, which ran from 2 p.m. to 11 p.m. daily from June to September.

Carroll returned to the main stage every summer for 20 years until the park stopped hiring its performers and lost its charm as an extravagant entertainment center.

“It was like a family because Mr. Wood loved loyalty to his employees and he kept rehiring the same people,” said Carroll, who met his wife at the park. “It was a city unto itself and it was a fun time, the best time for so many people.”

The “Gay Nineties” theme park was demolished in 2010 and has since been transformed into Charles R. Wood Park, which opened in 2019.

Once in the hamlet of Bolton Landing, the nostalgic sound of the main title ‘Star Wars’ echoed over the hilltops, welcoming visitors who followed the small sign that led Coolidge Hill Road to the period-themed amusement park. of the 1970s.

“It was a park where history, past, present and future came alive,” Lake George historian Margaret Mannix said of the park known as Time Town built by Ted Yund.

The futuristic exhibit which included a telescope observatory, magic shows, statues of astronauts and scenic train rides was built in 1970 and closed about a decade later.

“It was off the beaten track and it was by no means a particularly nice and fun amusement park, so it started and a few people went, then it gradually faded, people stopped going. ‘go there and have lost interest,’ said Edgar Caldwell. , historian of Bolton Landing.

Caldwell remembers being able to see the animatronic displays through the foliage on a clear night. “The features weren’t well done, they were old, pretty cheap and from other parks,” he added.

Housing has since replaced the niche destination. All that remains of the park is the nostalgia web put online by past visitors who fell in love with the attraction. Even the telescope that inspired the park’s design, Caldwell noted, was stolen after it closed.

With 35 slides and attractions, Water Slide World has been a Lake George staple for nearly 40 years for family fun and summer recreation. The site attracted thousands of visitors each summer, but the seasonal opening and dependence on weather conditions posed financial problems.

“It was very popular, but it only worked in the summer and if it rained, no one went to Water Slide World,” Mannix said.

When park owner Gary Koncikowki died in 2018, his wife decided not to reopen the park and it was sold to make way for affordable housing.

“I think time flies and it’s sad to see them go, but in other ways we still have Six Flags and the Great Escape,” Mannix added.

And then there are the other places that stretch beyond the crystal clear waters of Lake George. In North Hudson, western-themed Frontier Town had an unmistakable presence in the Adirondacks for much of the 1950s, ’60s and ’70s. (See what’s happening there now.)

Despite their eccentric charm, small family theme parks stand little chance against the big international amusement park chains. Surviving parks likely only managed to do so by rebranding and being bought out.

Storytown USA, the fairytale Mother Goose theme park opened by Wood in 1954, was sold to the Six Flags company in the 1990s and is known today as The Six Flags Great Escape and Hurricane Harbor.

Less than 4 miles away, Magic Forest, once home to the World’s Tallest Uncle Sam, magic shows and a dive horse, is now Lake George Expedition which includes elements of the previous park as well as Dino Roar Valley.

Competition, cost, management and location all play a huge role in the success of a theme park. But Mannix also attributed the loss of family parks in the area to a lack of interest (or, perhaps, a preference for larger parks with more features).

“Different generations have different desires for their entertainment,” she said.

For just $10 you can dive into all the new content
of our printed magazine, as well as the annual release guide