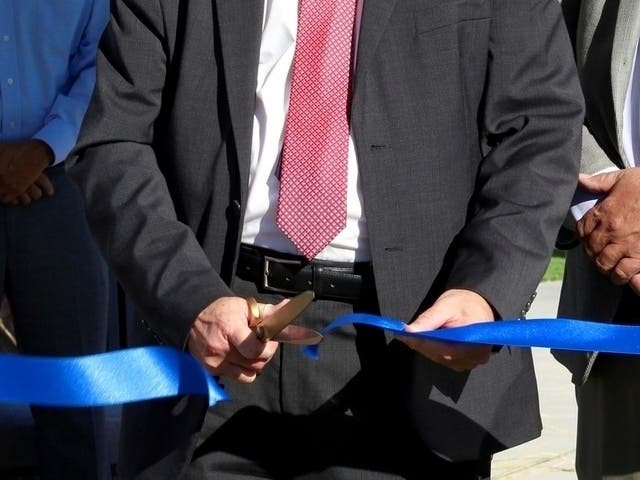 “Woodside’s Doughboy Park now has a whole new bluestone plaza, making it a place worthy of recognizing and honoring all the soldiers who gave their lives in the service of their country,” said Michael Dockett, Commissioner at Queens Borough Parks. â€œWe are delighted that this project was completed on time for the community to enjoy during the fall season, and we are grateful to board member Van Bramer for his support of this transformative project. “

The work included rebuilding the existing memorial wall, which included replacing the 9/11 memorial plaque, and installing new granite veneer cladding and a bluestone crown. The square has been repaved with a new coating in bluestone and includes new benches to provide ample seating.

The mast was rebuilt and the World War I memorial stone tablets moved to a plantation bed around the Doughboy statue. The landscaped beds were planted with new trees, shrubs and ground covers.

According to NYC Parks, Doughboy Park was assigned to NYC Parks in 1957 and the new park opened the following year. Originally a children’s play area for the nearby PS 11 students, the site has been transformed into a seating area for adults, respecting the dignity of the Doughboy monument in the park.

The Returning Soldier, and later dubbed The Woodside Doughboy, Burt Johnson’s poignant monument was erected by the Woodside Community Council in remembrance of the local men and women who served in World War I.

Although the park was named in 1971, the bronze and granite monument has stood on the site since 1923. Before the statue was erected, local soldiers gathered here on the “staging ground” before leaving fight in World War I. The Woodside Doughboy is one of eight such statues erected in New York City parks.

The ‘Miracle of Christmas’ nativity scene returns to the north of the Ogden | News, Sports, Jobs