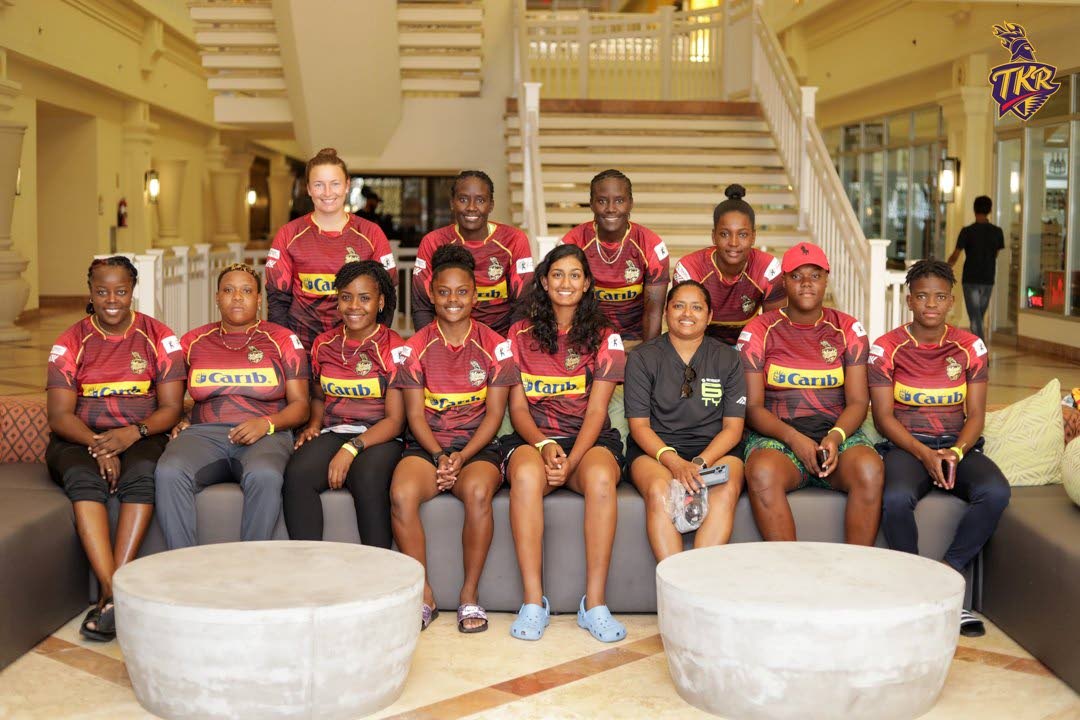 TRINBAGO Knight Riders (TKR) Women’s Vice-Captain Anisa Mohammed asks the public in Saint Kitts and Nevis and the rest of the Caribbean to support the matches of the SKYEXCH 6ixty Women’s Tournament and the Massy Women’s Caribbean Premier League ( WCPL) T20 tournament.

The first 6ixty, a T10 tournament, will be played Wednesday through Sunday at Warner Park in Basseterre, St. Kitts, with all three women’s teams and six men’s teams.

The first day of the 6ixty will feature three women’s matches. TKR will face Barbados Royals at 10 a.m. and in the second match, TKR will face Guyana Amazon Warriors at 12:30 p.m.

Royals and Amazon Warriors will play the final game of Opening Day at 3 p.m.

The WCPL, which will also be played for the first time, will be played at Warner Park from August 31 to September 4.

The tenth edition of the Hero CPL men’s tournament will be held from August 31 to September 30 with matches in St. Kitts, Trinidad, St. Lucia and Guyana.

“We are really happy with all the support you have given us over the past few years,” Mohammed said.

“It’s here, so please come and support us. For those who can’t get out, we can’t wait to see you watching our games. We always look forward to your messages. These are the things that we motivate, so don’t let it stop and we look forward to all the support.

Mohammed likes TKR’s chances. “I think we have a fairly balanced team. Looking at our team, we’ve got power hitters, we’ve got good bowlers on our team and we’ve got a lot of players with a lot of experience under their belts, so we really hope that’s enough to get us over the line in this tournament. .”

“I think it’s really exciting. For some of our young players who haven’t played in the West Indies team, being able to share the same dressing room with these international players is a big deal for them. I really hope that they will be able to learn something from these players and that they will be able to improve their game and one day be part of the West Indies team and be able to represent at international level.

Mohammed said 6ixty bowlers will need to be at their best to limit batters.

“As bowlers, we are going to have to think a lot. You’ll see a lot of variations, so I’m really looking forward to it and hopefully we’ll be good enough to outsmart the batters.

6ixty players will have to adapt to the rules.

“I think we have a number of interesting rules in this tournament and we’re really looking forward to it,” Mohammed said.

* Each batting team has six wickets – on the fall of the sixth wicket they are all out.

*The batting team has two power play overs and they will be entitled to a third power play if they hit two sixes in the first 12 of the innings. The extra power play can be taken anytime between overs three and nine.

* There will be 30 balls thrown from one end of the wicket, before the action switches to the other end for the final 30 balls. The 30 balls will be delivered in five separate overs with no bowler permitted to bowl more than two overs for the innings.

*Teams will need to keep an eye on the clock because if teams do not throw their overs in the allotted time, a member of their team is out of bounds for the last six balls.

* Fans will get in on the action as they decide when a “mystery free kick” takes place.