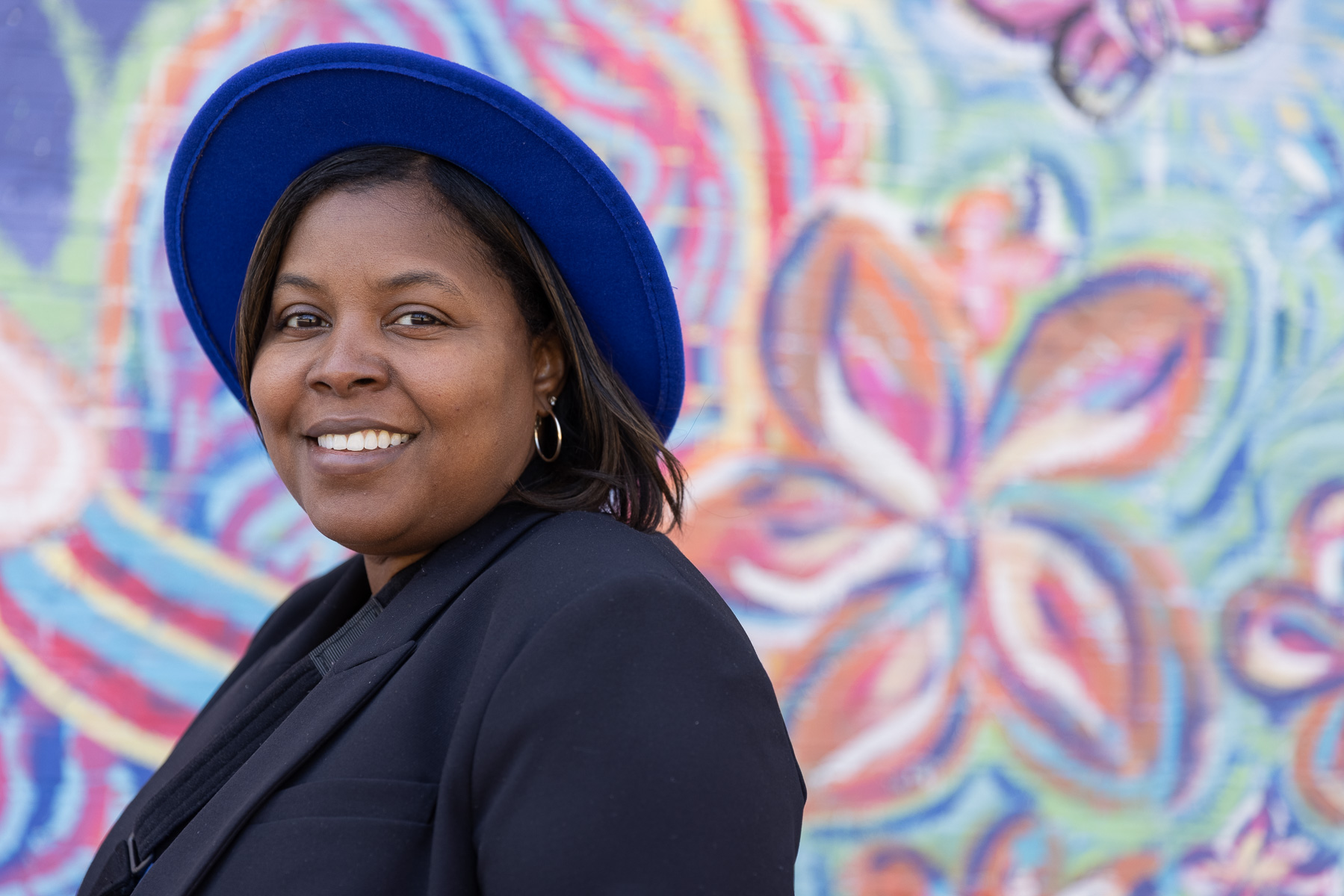 Minneapolis’ only parks color commissioner stands up for disenfranchised people

As a teenager in the 1990s, Alicia Smith would go to a park near her hoe in North Minneapolis after school and play basketball against girls from other schools. Despite the fierce competition, everyone hung around after to gobble up the hot dogs her mom grilled.

Smith learned to build healthy and competitive relationships in these parks (North Commons, Farview, Harrison). The generation before her, she added, remembers meeting friends from other schools in Minneapolis parks, where some learned to sew and cook through park programs.

“It was a neutral space for everyone in the community,” she said. “The only place everyone could be.”

Smith, 40, who is black, was elected to the Minneapolis Park and Recreation Board last November. After the election, the composition of the 9-person council was reduced from three people of color to one. As commissioner of the parks board, she said she wants to restore trust in the parks system, create programs that bring all children together, and make parks accessible and engaging for people who have been left behind. aside in the past. Smith began his four-year term on the park‘s board in January.

“I only know how to exist in this body, but I think it’s really interesting to elect an all-white board in these times,” Smith said. “It’s a bit of a shock because of where we are with our racial reckoning in this city.”

The park board is a natural fit for Smith, who is also executive director of the Corcoran Neighborhood Association. The Corcoran neighborhood is located south of Lake Street and west of Hiawatha Avenue in south Minneapolis, and is among the most diverse neighborhoods in the city.

Smith described his role in the association as “a mini-mayor without pay or responsibility”. She banded together with other black women to distribute food and supplies outside Minneapolis Police’s Third Precinct when thousands of protesters took to the streets in 2020 to speak out against the killing of George Floyd , a black man who died in police custody in Minneapolis. The police building, which was later burned down, is located a few blocks from the Corcoran neighborhood.

Smith and her two children, ages 13 and 8, use the parks daily. Her sons play flag football and basketball (she sometimes coaches). They also hang out, swim, cycle or ride a hoverboard.

As park commissioner, Smith wants to make sure today’s children can experience the parks the same way she and generations before her did. That means making sure programming is free or inexpensive, she said, and that the park’s board engages ideas from people who haven’t felt at home in parks before.

Sahan Journal recently spoke to Smith about her goals, her thoughts on preventing drownings like the recent tragedies, and the role of parks in helping homeless people. The park board oversees 6,817 acres of land with 180 parks, 102 miles of walking and biking trails, 49 recreation centers and seven golf courses. He oversees a budget of $128 million. The system has been ranked the number one municipal park organization in the nation six times over the past decade.

The conversation has been edited for length and clarity.

How did you experience the first months of work?

It was enlightening. It was funny. I’m still learning intimate details about policies and resolutions and the broader spectrum of being a board member and how that intersects with how to create change in an authentic way to build parks for all .

We say this – “parks for all” – but few people really mean it. They mean it until something they are used to is compromised. People don’t really mean “for all” when it affects them.

Staying true to this nickname of what it means is sometimes difficult.

To put more icing on the cake, I am a black woman and the only black woman on the board. So that makes it even more exciting and keeps me hooked. I always look through the lens that I see, but my colleagues may not see it. My normal position is that it is not my job to educate you. But I need to work alongside these other eight people, and I need them to be effective in their jobs, so I may need to educate my colleagues.

You were one of many people of color to run for the Park Board, so did you anticipate that you might be the only person of color elected?

I do not have. I was quite shocked. I don’t think I realized it until a reporter from the LA Times called me and said, “Hey, how does it feel to be the only black woman on the board of management? I said what?! Shut your mouth!”

And he said, “Yeah, you’re the only colored person on the board.” So he brought it to my attention.

How do you feel about that?

I feel good. I only know how to exist in this body, but I think it’s really interesting to elect an all-white board in these times. It’s a bit of a shock because of where we are with our racial reckoning in this town. That’s part of the reason why I didn’t think it would.

It is an honor and a privilege. But it certainly comes with a heavy responsibility, because of how I present myself in my body and because of what I know, historical events that have happened and how supremacy works as a system and perpetuates some things.

It’s hard for people to give up certain things, because they used to do that when their father or grandfather was around. And [my response is]well, four generations ago, my great-great-grandfather was a slave.

So how do you engage people who haven’t always interacted with parks?

In communities where we know people have never been involved, how do we intentionally engage them? I might hang out at the grocery store, or sometimes I’ll be at a park. I expect us to figure out how to engage communities we haven’t been engaged with before, because the same voices are heard, the same people have time to go to meetings, send e- mails, to call.

Do these programs really reflect what people really want? I love basketball and volleyball but two blocks from our [Corcoran Neighborhood Organization] office is an apartment complex filled with Somali families. They like basketball, but they prefer football. They play football on the Corcoran baseball diamonds. [As ED of Corcoran] I wrote a grant for temporary football goals that can be rolled up and stored.

Are we meeting everyone’s needs? Are there any other sports or activities we should offer? With Ramadan approaching and our park hours… do we serve food there? We may need to change the way we program things.

What park projects are you looking forward to the most?

[Black and Asian Minnesotans are twice as likely to drown as white Minnesotans], and that should be alarming to anyone who controls bodies of water that young people have access to. How do we eliminate this disparity as a whole? It’s not just a parks issue; it is a problem that concerns us all.

I think we forget that children are amazing and fearless, so water attracts. Even as an adult, I think you really have to ask how many young people can you give swimming lessons to?

Swimming lessons should be as accessible as a bag of chips. … Our only indoor pool is in East Phillips. So are we creating innovative partnerships with Ys, Boys and Girls Clubs?

I think [new] signs would certainly help. But not everyone reads. We should explore what it looks like on the river and lakes making sure signs are easy to read or even depict pictures showing no swimming.

Should camps for homeless people exist in parks?

But we can be a service—a bridge—for some of those resources, because we have so many buildings. I caught a lot of flack for this, but if it’s 8 o’clock [in the morning] during the school year, why can’t we open parks to provide resources? It’s the most humane thing we can do. People always feel like it’s not a function of the parks, but I think we can and we should. Homelessness is an issue that affects us all.

One thing I discovered: people are very focused on the things they focus on. Some people say parks should only focus on parks. I don’t know how it works. I’m raising kids here, and my friends are raising kids here. If we don’t act as a bridge to other problems, we are also complicit in the problem.

Dance Party for Haiti back to help students in the north