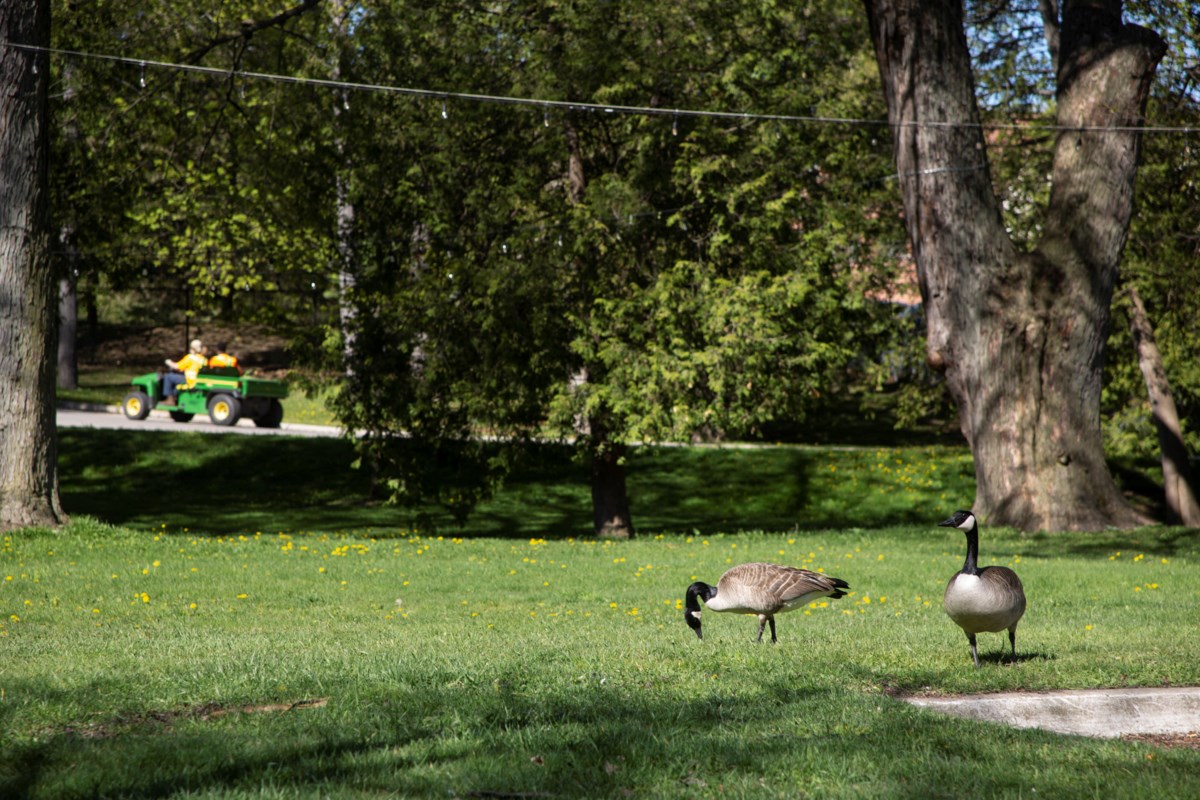 This week’s Market Squared thinks there are far bigger issues than parks and maybe we can save some of that energy for other issues.

What kind of person would be against parks and getting more land for parks in Guelph? You are reading something by one of these people right now.

Cool your jets, parks fans, I’m not literally saying I’m against parks. At the same time, I think the parks hysteria has reached such a fever pitch that I’m afraid to see anything tangentially related to parks, or parks, or the acquisition of parks under the order of the city ​​council day.

The Clair-Maltby secondary plan will be presented to council on May 16. I might have to hurt myself enough to go to the emergency room so I have an excuse not to be there.

My annoyance starts with the fact that no one is against more parks. There is no organized anti-park lobby. Nobody is looking to turn part of the fairgrounds or Margaret Greene park into a mini mall.

At this week’s council meeting, no less than six people had to delegate in favor of the park plan adopted in committee of the whole. Excuse me, I wanted to be precise: Passed unanimously in full committee!

Did I miss a post on social media or a blog where one of our city councilors was going to actively oppose the park project?

And what about the plan itself? In its pdf pages, there were lavish details of how the cost of land, the reluctance of developers to donate land and the dwindling number of properties within the city’s borders all posed a threat to the population-to-park ratio of Guelph. About 92% of us live within a 10-minute walk of a park, and yes, that’s a number that’s in danger of losing ground.

That’s all the report says. More people in Guelph, more less land, equals a danger of fewer parks per capita unless we act, which is why city staff were doing this work in the first place. They act ! Amidst the enormous and sometimes existential issues we face, city staff make sure there is always somewhere nearby where you can kick a ball. Or whatever.

Yet we forget that parks are a luxury for those of us who have the time to enjoy them. It’s hard to find the energy to run and play when you’re working 60 hours a week to put a roof over your head in our sky-high housing market.

On the other hand, the park is a nice place to pitch a tent after being evicted for missing a rent payment when your landlord pushed it past the point of affordability. I laugh! Police and regulation will act quickly to evict anyone with nowhere to go from an official city park. People’s good times can’t be wasted in view of society’s failures.

But failure is in the eye of the beholder, which is why local business owners along Wellington Street East better watch their backs. Our cabal of park-happy is coming for you because at some point in the last 60 years someone put a mall where a park should be and you’re about to pay the price.

Forget the fact that Guelph is awash with empty storefronts, so let’s by all means destroy a thriving commercial node. I understand that ‘Wellington Park’ is in the downtown secondary plan, and if that spot was nearly empty, I would say “Go ahead, park it”, but that spot is full. Are park fans ready to justify the cost, and probably the legal fees, of moving two dozen businesses to get their river view?

Chances are they don’t care. People’s lives don’t matter as much in Guelph as building pristine facilities and trails in the park, because environmentalism here is about signaling virtue and not taking concrete steps to improve the environment. environment.

Talking points on self-care, mental health and physical action are also interested, because you can only enjoy these things if you don’t work to death to live in one of the most expensive places in Canada . Your sanity won’t be solved by a neighborhood park if your paycheck isn’t up to par, and you’re probably too tired from working to go for a walk anyway.

If that analysis sounds too harsh, it is, but I hope anyone reading this can appreciate the nugget of truth at the center: no one in the City of Guelph is anti-park, and we don’t have to press on as if there were a pile of cement mixers on the outskirts of town waiting for park defenders to let their guard down so they could pave paradise.

I said a few weeks ago that I wish some of the passion for active transportation in Guelph could be redirected to public transit. Perhaps the same can be said of the parks.

Maybe we can redirect some of that passion for parks to greater economic equality. Or a higher minimum wage. Or expanded benefits like mandatory vacation days. It’s probably the only way for some of us to enjoy one of those parks we’ve heard so much about.

what are the three things to do in richmond