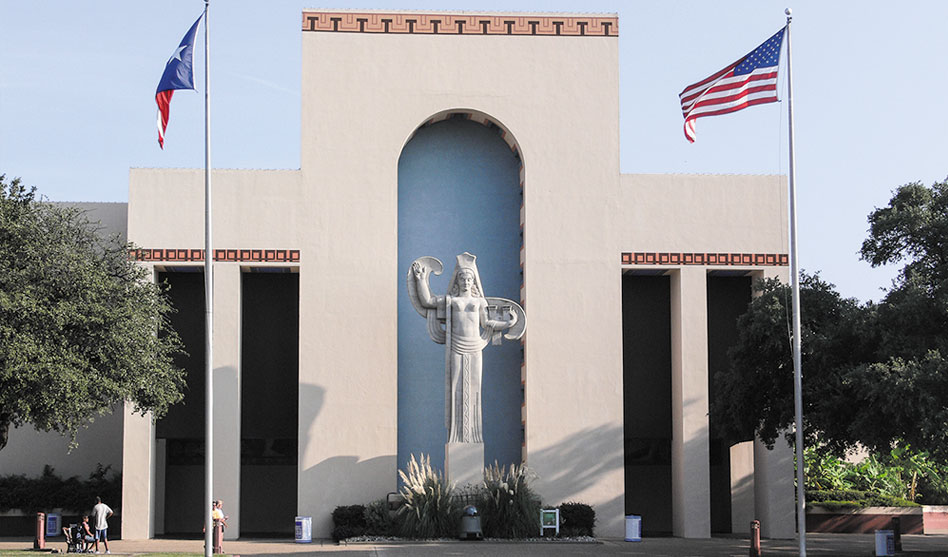 The Fair Park Centennial Building is on the list for upgrades if voters approve Proposition A.
(Photo by Andreas Praefcke)

The final item on the ballot for City of Dallas voters in the Nov. 8 midterm elections will be Proposition A, a ballot measure proposing funding for the upgrade of six buildings in Fair Park and the replacement from most of the Kay Bailey Hutchison Dallas Convention Center.

The improvements would be paid for by a 2% increase in the hotel tax in the city of Dallas. Such funding is authorized under what is known as the Brimer bill, used by the city only once before, in 1999, when Dallas voters approved a 2% increase in hotel and rental cars to build the American Airlines Center.

Revenues were much higher than expected in this case, and the 30-year bonds that were issued to pay for the construction of the AAC were paid off in 15 years.

AT THE FAIR CENTRE
Of the $1.5 billion proposed in Proposal A, 20% would go to six Fair Park structures — the Cotton Bowl, Coliseum, Band Shell, Automobile Building, Centennial Building and Music Hall.

The Colosseum, tucked behind the Cotton Bowl, is probably the least well-known building of those proposed for upgrades. Restrooms and concessions would be added. And one of the biggest problems with the building, the fact that you can’t go from side to side without going out, would be solved with new construction.

During the pandemic, the Turtle Creek Chorale performed in the building. Live Nation has taken note of this and will book more concerts at the facility once improvements are made. Women’s professional volleyball is played in the building, and more sports programs — including rodeos — could come if the Colosseum is upgraded.

The Band Shell is used for virtually nothing more than a bird show during the State Fair. A shaded canopy will make the facility more appealing to the public, and renovated backstage dressing rooms will make it more artist-friendly. It was the original home of Dallas Summer Musicals, but little has been done to improve the 4,000-seat facility since it was built in 1936.

Dallas Pride had planned to use the Band Shell for two shows in June 2021 when the annual Pride celebration had to be reworked to accommodate pandemic precautions. But the threat of impending severe storms prompted organizers to move the shows from outside the Band Shell inside to the Colosseum.

Architects are still working on plans, so the exact planned upgrades for the Centennial and Automotive Buildings and Music Hall aren’t yet available, said Veletta Lill, a former Dallas councilwoman who represented Oak Lawn. She sits on the board of Fair Park First, which raises money for the park and promotes the use of Fair Park.

Lill said the Music Hall alone needs $90 million, but not all of those needs can be met in this round of improvements. The bond money would be used “to improve the artistic integrity of the venue,” she said.

Both exhibition buildings have drainage and roof issues which would be resolved along with other structural issues. And part of the work there would include preserving the buildings’ frescoes.

“All the money made at the park goes to the park,” Lill said. “The State Fair contributes surplus revenue to maintain some of the buildings.”

In 2021, Fair Park became a Texas Cultural District, and with that designation, the park is eligible for money from the Texas Commission for the Arts, Lill said. Its status as a national landmark entitles Fair Park to federal tax credits that can be sold to private companies to redo historic buildings.

The $300 million from Proposal A that would go to these facilities should bring some more revenue into the park, and that revenue would then be used to upgrade and maintain other buildings there, as well as the other creative methods of financing described by Lill.

CONVENTION CENTER
Then there’s the downtown convention center — a building that needs about half a billion dollars in repairs. When it rains, the leaks are so great that the water must be collected by a system of “layers” installed in the building. The city spends $1 million every year just to keep convention goers from getting wet.

The problem with the center is that one room after another has been nailed to the building to create an inadequate, confusing and barely usable space. And despite all the additions, the convention center still lacks proper ballrooms, exhibits, and meeting rooms. Tearing down most of the building and replacing it makes the most sense, Lill suggested.

VisitDallas says the city has to turn down some conventions because of the setup that doesn’t allow the city to host two conventions at once. 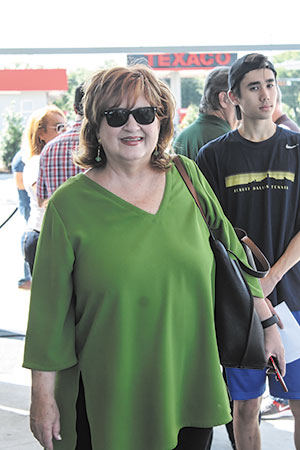 Plans have also not been finalized for the renovation of the convention center. Construction wouldn’t begin until 2024, but the general plan is to line it along Lamar Street with a terraced park spanning I-30.

The original part of the convention center designed by George Dahl in 1956, now The Black Academy of Arts and Letters, would be saved. The rest of the building would be replaced.

Lill said she understands the plan is to demolish the building piecemeal to continue hosting conventions with as little disruption as possible. The new convention center would be more efficient and user-friendly and would become the anchor of a new downtown entertainment district.

And if designed correctly, Dallas could host more conventions that will attract more visitors and generate more revenue.

The Friday Flyer | CLAMS eat, dance at Country in the Park event

Federal, state and local authorities responding to the Menominee fire