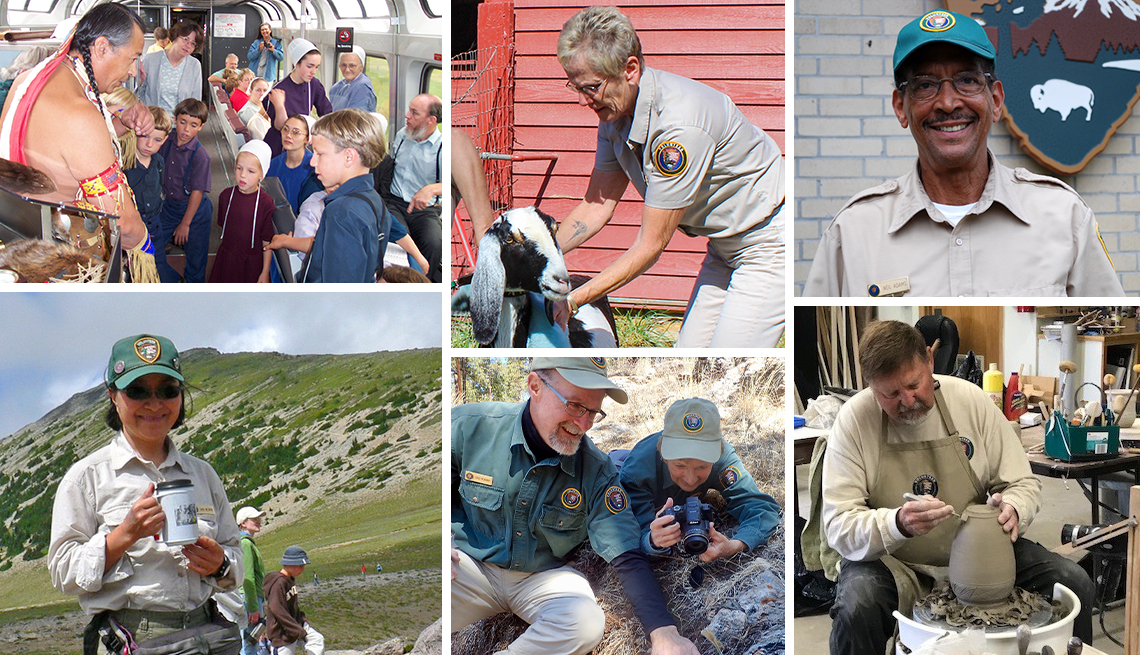 Learn how to volunteer in a national park

More than a decade ago, Sue Kaufman took a sabbatical to pursue her interest in storytelling and signed on as a volunteer interpreter near her home in Cranford, New Jersey, at the Thomas Edison National Historical Park, home and the inventor’s laboratory, and at Ellis Island, which is part of the Statue of Liberty National Monument.

“I always wanted to be a ranger,” says the 57-year-old, who used those experiences to transition into a new career with a nonprofit heritage tourism organization. “I wanted this flat hat.”

She is not alone. In an average year, nearly 300,000 volunteers work for the National Park Service, donating 6.5 million hours of service worth more than $185 million. Full-time employees, by comparison, number nearly 20,000.

“One of the coolest things I’ve seen is people taking skills and experiences gained over a lifetime of work and choosing to dedicate them in a new way or explore a new domain,” says Orr.

While the NPS recruits volunteers of all ages, the elderly are the workhorses of the volunteer corps.

“Older people are experienced and full of wisdom, and their hearts are open to sharing that wisdom and helping others discover the wonders of national parks, nature, and the star-filled universe,” says Matt Johnson. , volunteer coordinator at the Curecanti National Recreation Area near Gunnison, Colorado, who has overseen volunteers for 20 years at parks including Yellowstone National Park.