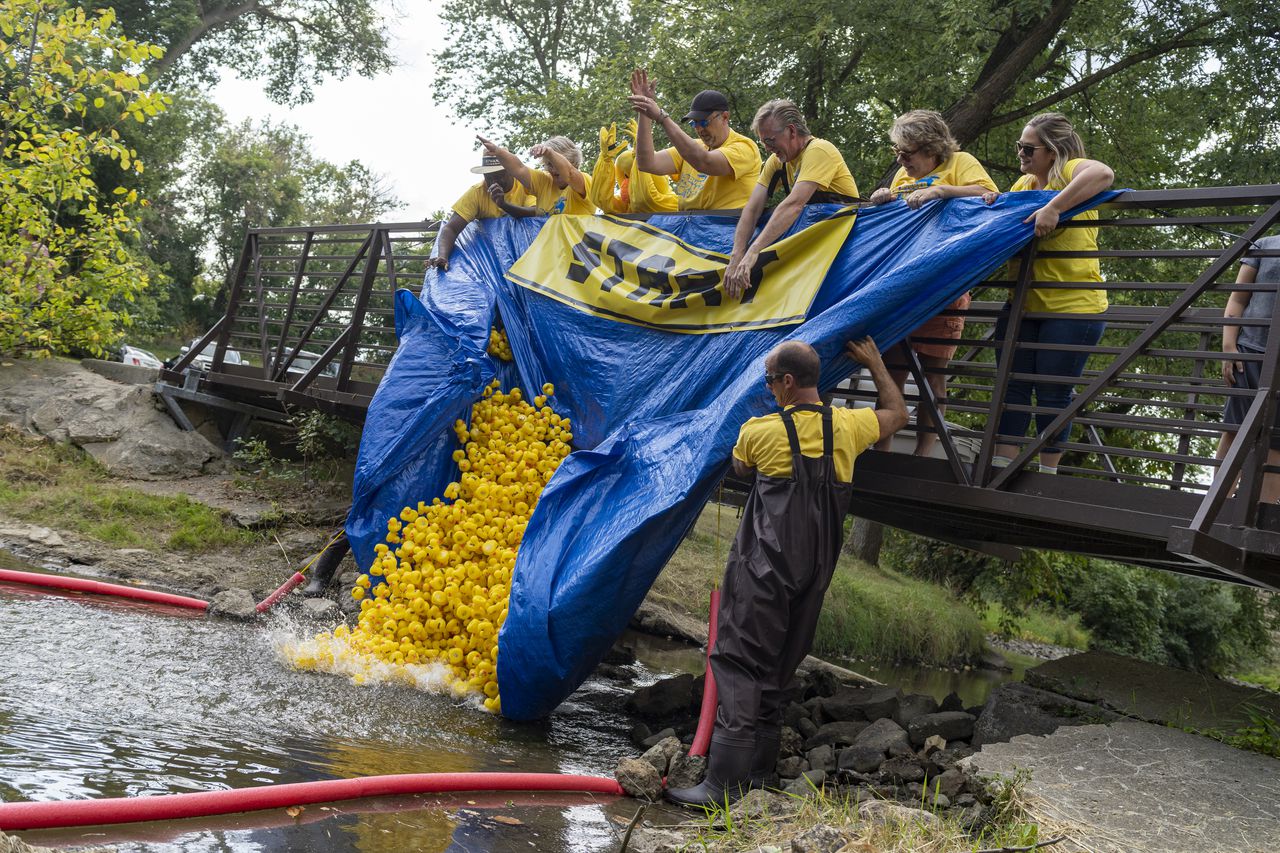 They saw 3,500 rubber ducks float down the little creek on Saturday, September 17 at the Kiwanis Club of Lapeer fundraising event. Families could adopt individual rubber duckies for $5 via raffle tickets in hopes of winning the race.

The crowd cheered their ducks in hopes of winning one of the prizes. This was the fourth year the Kiwanis club has hosted the sprint. The games and activities of the event were free.

“It gives families something to do at this time of year,” said Erika Coster, incoming president of the Kiwanis Club of Lapeer.

The event started at 11 am with the sale of race tickets and a “duck” speech contest. Several local businesses submitted custom-decorated ducks for attendees to vote on.

The duck race started at 2 p.m. with Kiwanis Club members releasing ducks from a bridge using a plastic tarp that held them down.

Funds raised at the event are used to finance future activities and services organized by the Kiwanis Club of Lapeer. The club is also working to raise funds to build an all-inclusive playground at Rowden Park. The playground will be accessible to children with disabilities.

Kara Lambourn, board member of the Kiwanis Club of Lapeer, said she started the event after seeing other duck races in the area.

“I love seeing all the kids having fun,” Lambourn said. “We do a lot in the community, so it’s nice to get out there and see the fun faces of the kids.”

This year, several new additions have been added to the event, including a free outdoor rink and larger inflatable bounce houses.

The water in the creek was low this year creating a slower run. According to Coster, the Kiwanis club was unable to call on the Lapeer Fire Department to increase the stream’s flow due to ongoing concerns about lead found in Lapeer’s water samples.

The Kiwanis Club of Lapeer is hosting Fantasy Forest as their next big event on October 8th. The activity will transform Rowden Park into a Halloween-themed festival with food trucks, a treat walkway and free pumpkins.

Free after 25 years in prison, a man brings together the families of the incarcerated in Flint