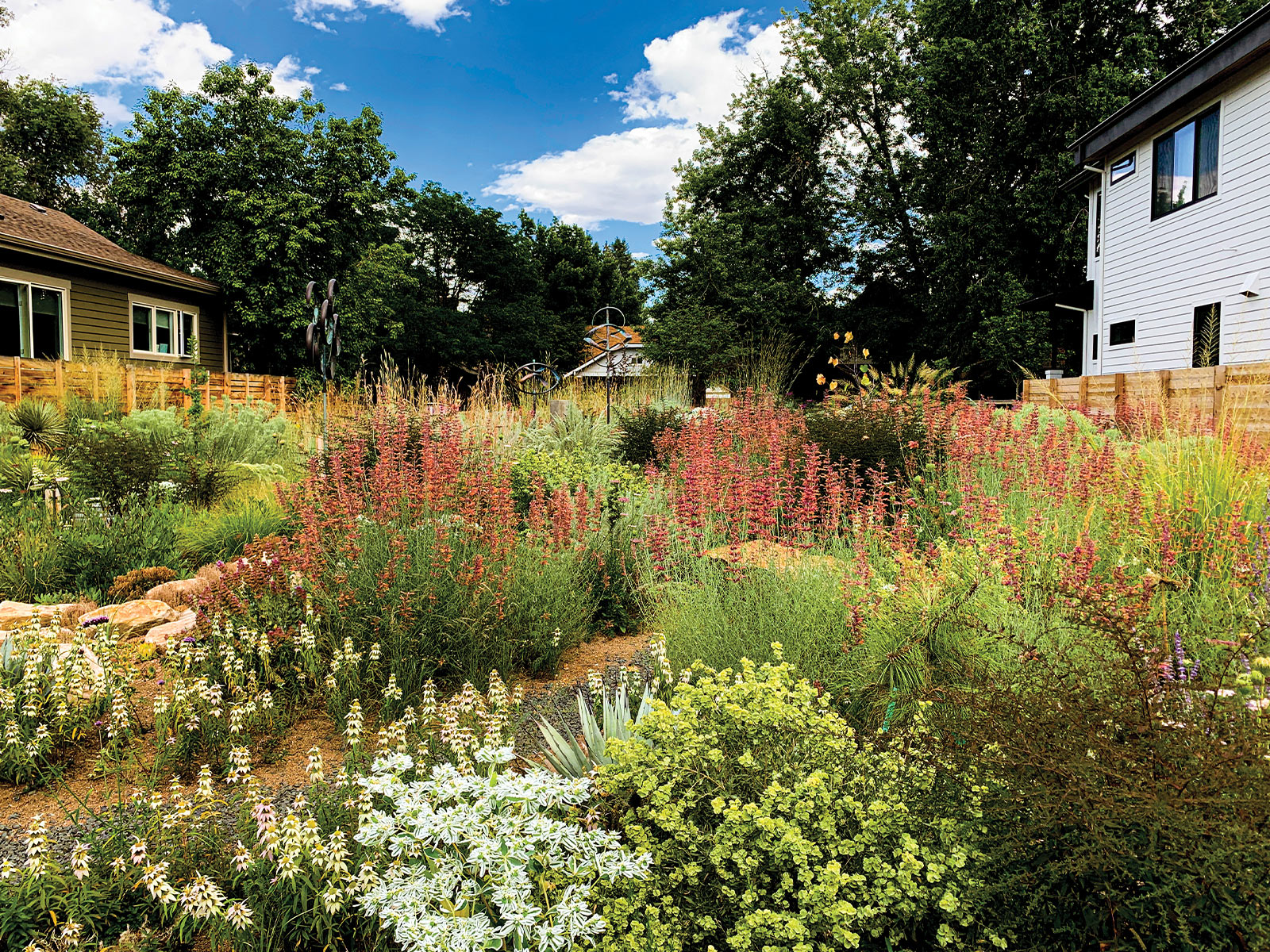 In 2019, the home next door to Lisa Negri’s home in Washington Park was about to go on the market. In recent years, the charming, unimposing bungalows and Victorians of the neighborhood, where Negri has lived since 2012, have increasingly been replaced by modern three-level constructions. Negri suspected that whoever bought the house would raze it and follow suit, erecting a monolith that would cast his house into perpetual shadow. So she took matters into her own hands: she bought the place and razed it herself.

“At first I thought, Well, my dogs will love having that extra space, and I’ll have my sunNegri says. “In the end, I realized it was a little more legit than I wanted it to be. And I started thinking about what I could do for the neighborhood. What makes the difference For Negri, a longtime Denver Botanical Gardens volunteer, the answer was a pocket park, a park that would serve as an educational garden for xeric, or water-conscious, landscaping.

After making his purchase, Negri called Kevin Williams, assistant curator at Denver Botanic Gardens. “I did something crazy,” she said, then asked him if he would join the company. For a year, Williams and Negri worked on the design of the park, settling on an abstract arrangement inspired by graffiti Williams had spotted on a trip to Slovenia. The plants themselves are said to be regional – either native to Colorado or similar dry grasslands and shrubs, such as those of central Asia, south central Africa and the Patagonia region of Argentina – and, therefore, require little care.

In May 2020, Negri, Williams and a rotating team of five volunteers placed some 4,000 plants. In total, Negri, who considers herself lucky to have made “quite a lot of money” from the sale of her environmental engineering business in 2010, spent more than $800,000 on the park the size of a terrain. She named it Summerhome.

Negri does not regret the investment. Summerhome is open to the public during the warmer months, daily from 9 a.m. to 6 p.m., and Negri is often there to teach and distribute agastache seeds and other regional plants to help locals start their own gardens. Summerhome has also become a retreat for many of Negri’s neighbors in Wash Park, who visit to watch hummingbirds, play in the water features or sit and admire the purple allium, which should start sprouting this month. . “The response from the community was shocking to me,” Negri says. “I have just laid out a garden. That’s all I did. And what it became for people, I couldn’t have imagined.

Unravel the mysteries of the most beautiful rock gardens in the Front Range.

If you’re a garden-curious Denverite with a black thumb and a thirst for saving water, there’s nothing more eco-friendly and low-maintenance than a rock garden. But creating one is more difficult than throwing a few rocks in your garden. “Is there a secret to designing a room in a house?” asks Panayoti Kelaidis, senior curator and outreach director of the Denver Botanical Gardens. “Or do you just take a bunch of furniture and throw it in there?” On May 22, Kelaidis will lead a tour of some of the region’s most inspiring and instructive rock gardens for the Rocky Mountain Chapter of the North American Rock Garden Society. There are three scheduled stops on the tour, including a property in Louisville that has 100 tons of stones that have been carefully laid out over 30 years. Free with Rocky Mountain Chapter membership ($15 per year)