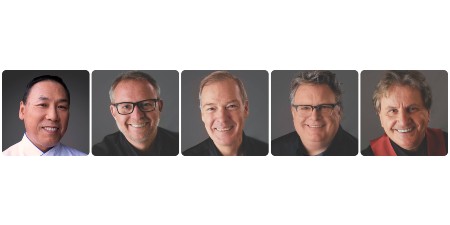 Passengers can take home recipes from each presentation and partake in an intimate dinner at Pinnacle Grill, Rudi’s Sea Salt or Nami Sushi, depending on the chef. The Culinary Council chef’s signature dishes will also be featured prominently on all restaurant menus.

“It’s not every day that you learn a recipe directly from the celebrity chef who created it and hear their secrets to success in the kitchen. We were eager to rehire our talented chefs from the Culinary Council to get back on board and provide customers with this exclusive level of access,” said Michael Stendebach, vice president of food, beverage and guest services, Holland America Line.

The Culinary Council includes a collection of elite chefs who bring global influence to the culinary experience across the fleet. In addition to their recipes presented in the various venues on board, one evening in the dining room of each cruise, a special menu offers a collection of dishes from the members of the culinary council.

Ethan Stowell will be aboard the seven-day cruise from Westerdam to Alaska starting Sept. 11, round-trip to Seattle.

Stowell incorporates the flavors of the Pacific Northwest on ships sailing to this region, using fresh, sustainable seafood from Alaska. Its fare is also featured at New York Pizza and Lido Market across the fleet. He is the founder and CEO of ESR with a list of highly regarded restaurants. He was named one of America’s Best New Chefs by Food & Wine magazine and one of the Top New Chef All-Stars.

Jacque Torres will take part in the nine-day Zaandam Atlantic Coast Cruise on October 1 from Montreal to Fort Lauderdale.

A chef and artisan chocolatier trained in France, Torres is a consultant on chocolate desserts and the surprise chocolate dessert parade on board. After becoming executive pastry chef of New York’s legendary Le Cirque, he opened a chocolate factory and retail stores all over New York. The James Beard award winner is the co-host and chief judge of the Netflix cooking show “Nailed It” with Nicole Byer.

As HAL’s Master Chef, Sodamin oversees all aspects of onboard catering. Rudi’s Sel de Mer is its namesake onboard French seafood brasserie. His latest culinary masterpiece is a coffee table book, “Food Faces”, which features over 150 images of edible creations.

The Japanese-born chef leads the sushi offerings at Nami Sushi, Tamarind and Lido Market. At Matsuda’s Sushi Chef Institute in Los Angeles, he teaches budding and professional chefs about sushi and Japanese cuisine.

All events are free except for the specialty dinner. Each chef will be aboard their designated culinary cruise for four to 10 days.

Evaluation of the risk of transmission and mortality of severe fever with thrombocytopenia syndrome in China: results of an 11-year study | Infectious diseases of poverty