The skate tape is slated to open with Heartland of America Park in the summer of 2023. 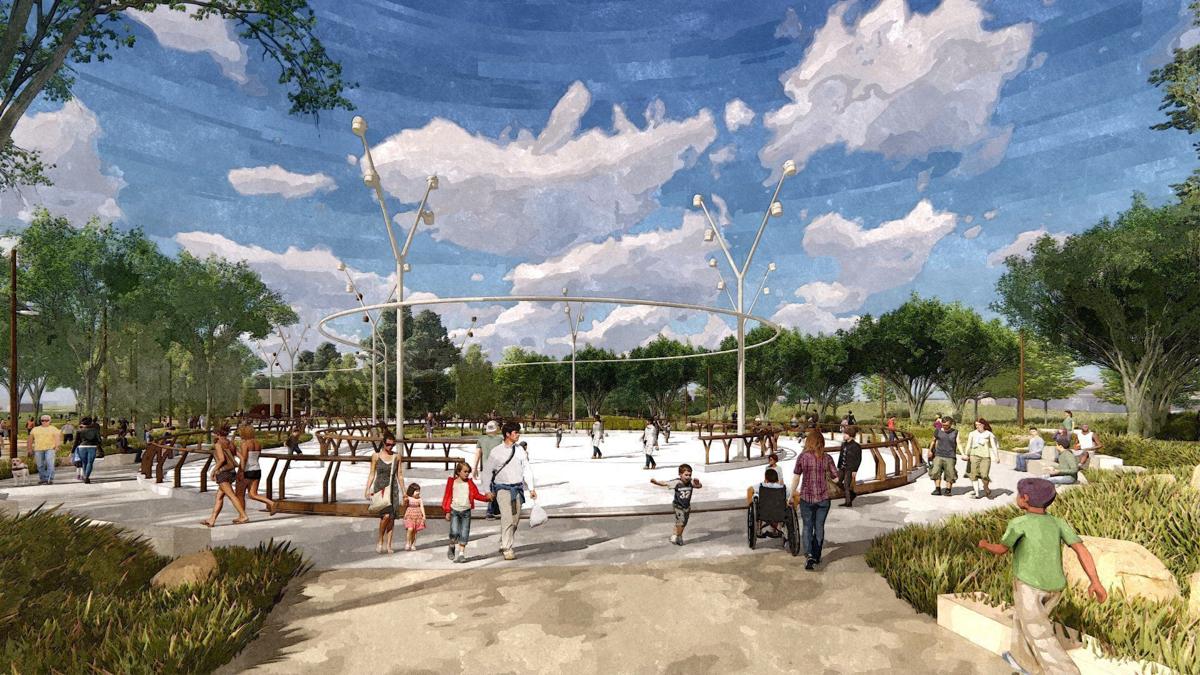 The outline of the Heartland of America Park skate tape takes shape. The park is just north of the Gene Leahy Mall.

Just north of the bustling redevelopment of the Gene Leahy Mall in downtown Omaha, construction has begun on what could become one of the area’s most popular attractions year-round.

A skate tape is taking shape as part of the $ 400 million public-private overhaul of three waterfront parks in downtown Omaha.

The skate tape will be about the length of a football field, said Katie Bassett, vice president of parks for the Metropolitan Entertainment and Convention Authority.

It will look like Chicago’s Maggie Daley Park ice skating ribbon, a design that the designers of Omaha’s skate ribbon took inspiration from, Bassett said.

Teams laid the foundation for the skate track and poured concrete slabs for a skate kiosk and maintenance building. The maintenance building will house an ice resurfacer and coolers that will keep the ice cold enough to skate, according to a weekly bulletin from MECA, which manages park renovations for the city.

Over the next few months, workers will pour concrete for the skate tape curves and a new sidewalk. Perimeter handrails will also be installed, as well as planters for the trees and infrastructure for lighting.