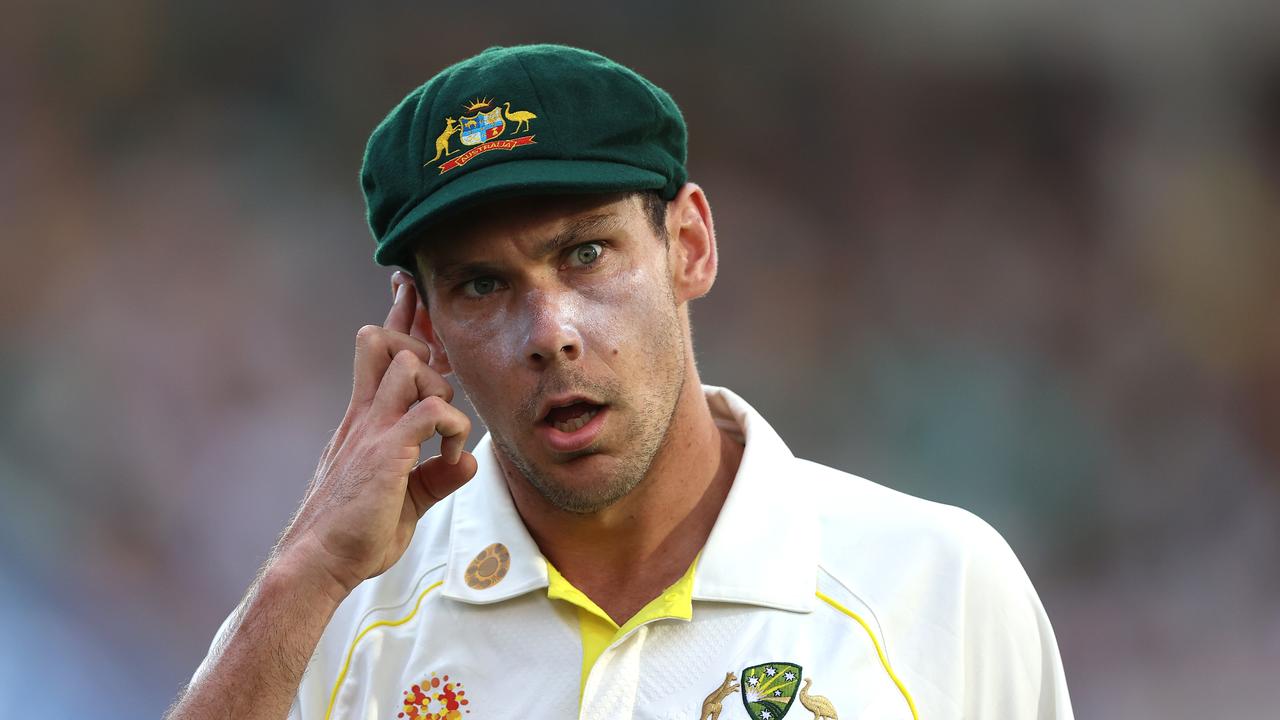 Fox Cricket pundits Michael Vaughan and Brendon Julian predict Australia will drop one of their star pace trios in the first Test against Pakistan to make way for a double spin attack.

The three-Test series begins on Friday with the biggest plot point surrounding Australia’s XI being the composition of their bowling roster.

By transmitting their predictions to foxsports.com.auVaughan and Julian left out Mitchell Starc and Josh Hazlewood respectively for the selection of two spinners.

Watch Australia’s Pakistan Tour on Kayo. Every test, ODI and T20 live and on demand. New to Kayo? Start your free trial now >

Vaughan predicted leg-beater Mitchell Swepson to team up with Nathan Lyon on his Test debut, while Julian opted for left-arm orthodox Ashton Agar, whose last Test appearance was in September 2017.

Mark Waugh was of a similar opinion, saying that Agar replaces Mitchell Starc – but only if the conditions on the pitch require it.

Adam Gilchrist and Shane Warne, however, turned to the traditional Aussie attack of Pat Cummins, Hazlewood, Starc and Lyon.

There was no room for Australian Ashes hero Scott Boland in any of the XIs.

All five predicted Australia would retain their top six from the latest Ashes Test of David Warner, Usman Khawaja, Marnus Labuschagne, Steve Smith, Travis Head and Cameron Green, while Alex Carey will still wear the gloves despite struggling at the Ashes .

STATE OF PLAY: Unthinkable call from the Aussies; Cummins hint in test shooting

Meanwhile, none of the former Test stars believe Australia will triumph on their first tour of Pakistan since 1998, when they won 1-0.

Gilchrist, Warne, Julian and Waugh all predict a 1-1 draw in all three Test series, while Vaughan believes Australia will not win and will lose 2-0.

Australia are coming off a huge 4-0 victory over the Ashes in the summer, but they haven’t toured the subcontinent since making playoffs against India and Bangladesh in 2017.

Pakistan are unbeaten in their last four Test series, beating Bangladesh and Zimbabwe away and South Africa at home, while drawing against West Indies in the Caribbean.

See all of their series predictions below!

‘BAT ON, YOU IDIOT’: Inside the 2am torture that cemented Australian great 334’s ‘miracle’

Park invites the public to help document the Smokies Most Wanted