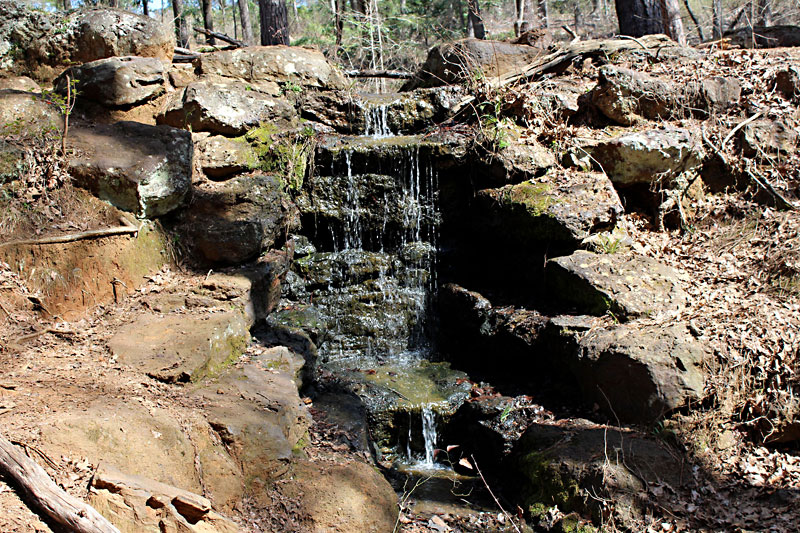 The waterfall at Tyler State Park can be heard before it is seen. A spring-fed stream cascades over rocks piled by the Civilian Conservation Corps deep in the forested hills of the park. The 6-foot waterfall barely ranks above a backyard water feature, but its location, tucked away in a quiet corner of the park, makes it a special spot.

In 1935, when the CCC arrived on the 986 acres north of Tyler, the land was stripped bare by clearcutting, allowing erosion to carve deep gullies. The first missions of the CCC Company 2888 had to plant thousands of pine saplings, control runoff, then build roads, a 90-acre lake and park structures. 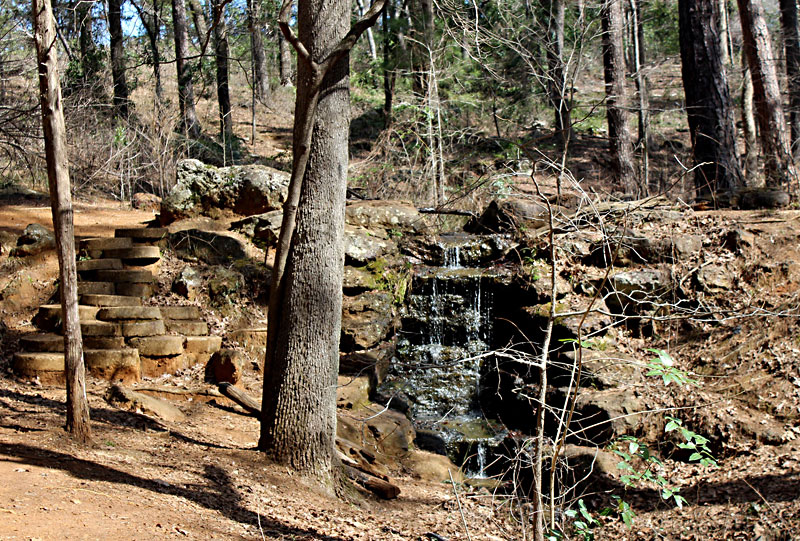 At the bottom of the Great Depression, the CCC employed hundreds of thousands of unemployed young men across the country. The federal program from 1933 to 1942 was both a conservation initiative and an employment opportunity.

In Texas, the corps laid the foundation for the state park system. At the time, the few state parks received donated land without state appropriation. By the end of the program in 1942, CCC had developed 56 parks in Texas, including 31 current state parks.

More than 80 years later, most of Tyler State Park’s towering loblolly pines were planted by the CCC. Their work can be seen on roads, buildings, lookouts and trails. 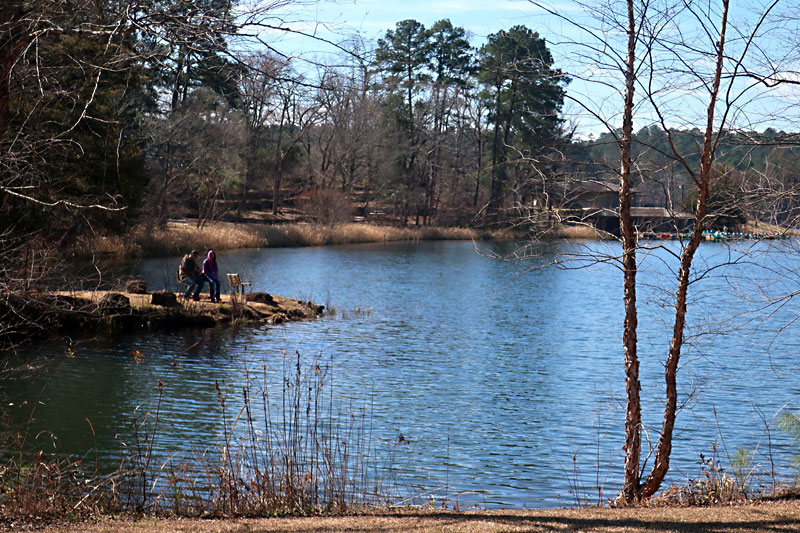 The winding and hilly mile Whispering Pines Nature Trail originally looped back to a picnic area. Rust-colored stones outline the dry remains of the children’s paddling pool, and the small lily pond still feeds the waterfall. The 1938 CCC plans called for “rapids and rock falls for aesthetic and musical sound effects.” The waters of Beauchamp Springs still play our song.

1,593rd in a series. Follow “Day Trips & Beyond,” a travel blog, at austinchronicle.com/daily/travel.