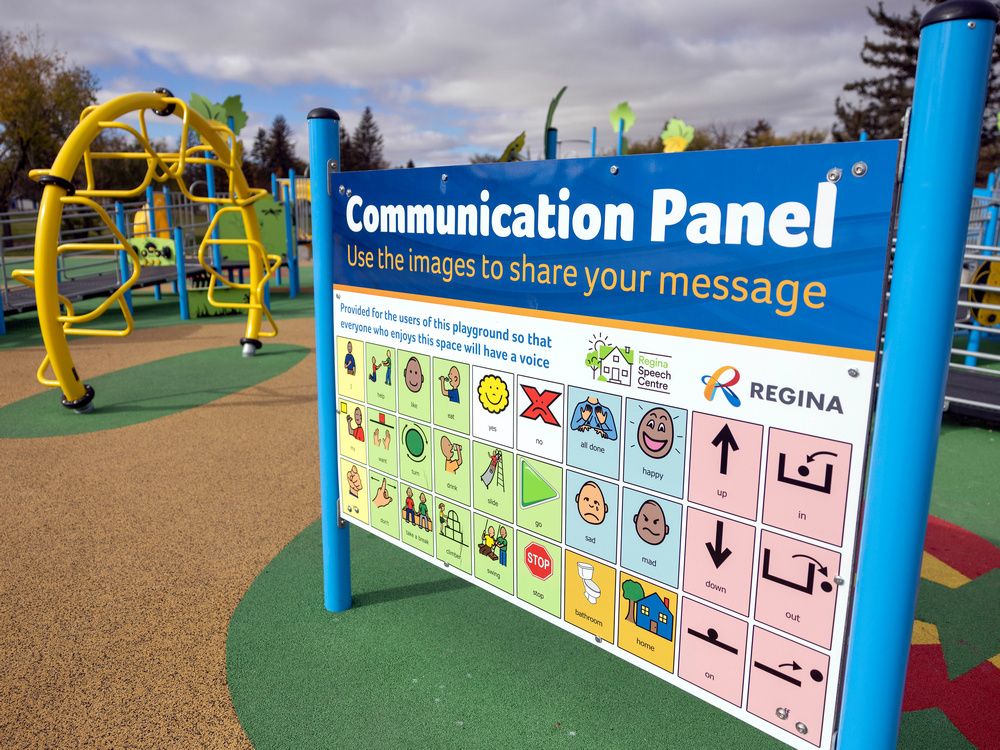 Public parks should be accessible and enjoyed by all, which is why the City of Regina has installed three communication signs in city parks.

Signs have been installed at Gocki Park, Les Sherman Park and Regent Park, but there may be more signs installed around the city and public infrastructure depending on feedback.

Sign up to receive daily news from Regina Leader-Post, a division of Postmedia Network Inc.

Thank you for your registration!

A welcome email is on the way. If you don’t see it, please check your spam folder.

The next issue of Regina Leader Post Headline News will soon be in your inbox.

We encountered a problem during your registration. Try Again

According to the city, “the signs allow non-verbal people or people with disabilities to share their needs or desires while using park facilities.”

Courtney Domoney, community recreation and inclusion programs coordinator for the city, said the signs comply with the Picture Exchange Communication System (PECS), which has been in use since 1985.

“Communication signs are a way for people who use the park to have a voice in their use of the park,” Domoney said.

The signs show the features of the playground and the surrounding area as well as the activities in words and pictures. The panels are low to the ground so wheelchair users and young people can easily point or touch the communication markers.

“And then there are symbols that will change in the parks, depending on what’s in the playground area.”

The PECS system is already widely used, so the idea was to make it easier for users to adapt to the new signs in parks. “They’re pretty common already,” Domoney said.

“We were thrilled to work closely with the community to create these signs, which will make playgrounds an even more fun place for everyone,” said Shayna Stock, Social Inclusion Coordinator for the City of Regina. , in a press release.

“More inclusive and accessible playgrounds that contribute to the vibrancy and well-being of our community are two of the city’s most important priorities.

Domoney said the plan is to make “all spaces” in the city more accessible.

As the city continues to focus on improving accessibility, the signs may appear elsewhere around Regina in parks and other facilities.

“(The panels) can be used by people of all ages,” she said. “Symbols are also great for anyone who struggles with speaking English, so I think there are a lot of inadvertent users as well.

Want to know how we decide what to cover and how editorial decisions are made at the Regina Leader-Post and Saskatoon StarPhoenix? Get the weekly Letter from the editor newsletter from editor Russell Wangersky and join the discussion on what’s happening in news coverage and commentary delivery, both in print and online. Click here to subscribe.

At Westerly Library & Wilcox Park: Books to get you in the Halloween mood | Guest columns