Our last day on Brilliance of the Seas is also Super Bowl Sunday.

While we had excellent weather the first three days of the cruise, today started much worse. Clouds, wind and lots of ship movement.

I guess the motion touched me, because I woke up feeling nauseous. I did my best to fight it off by getting up and walking around to find food and fresh air. 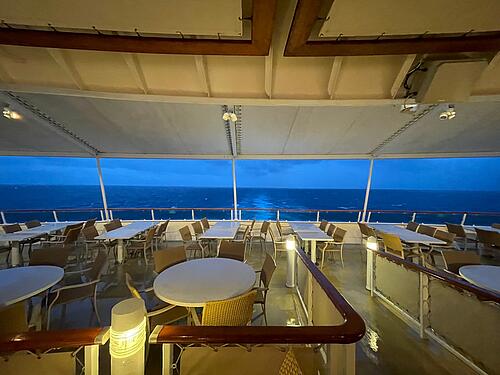 Unfortunately, I still didn’t feel well, so I went back to my room to sleep. Eventually I gave in and took dramamine, which did the trick. There is no shame in knowing your limits. 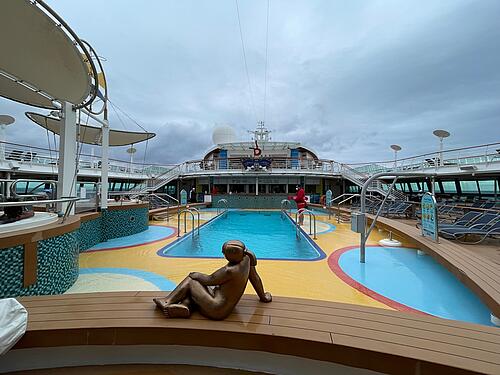 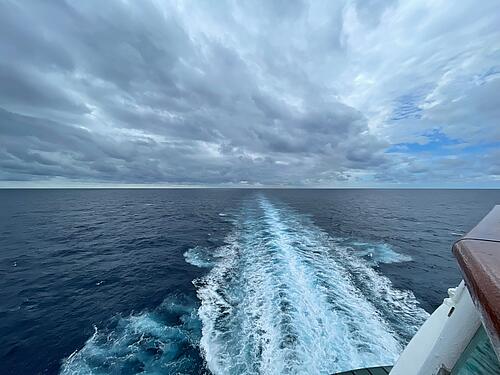 Fortunately, the weather improved as the day progressed. In the afternoon, the sun had come out and it had warmed up nicely. 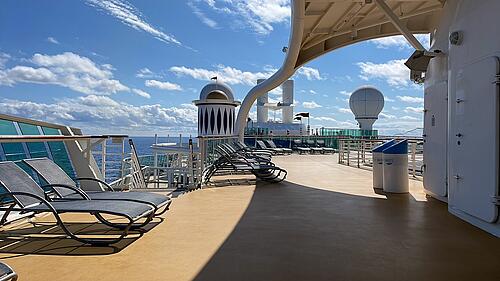 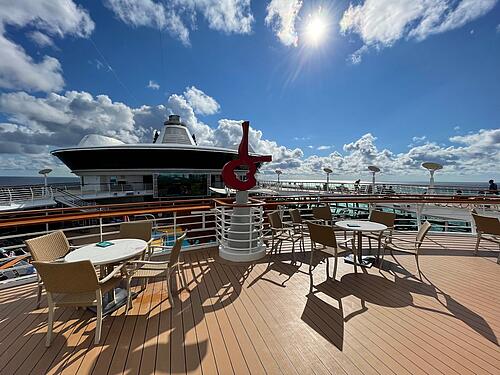 If you’re wondering what it’s like to be on a super bowl cruise ship, there are a few super bowl-themed events on board, like trivia. 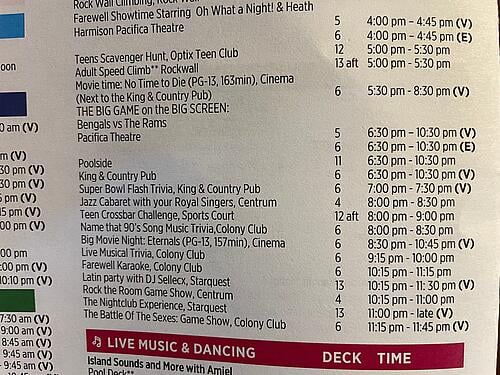 Most of the events take place around game time, where the game is showcased in various locations: 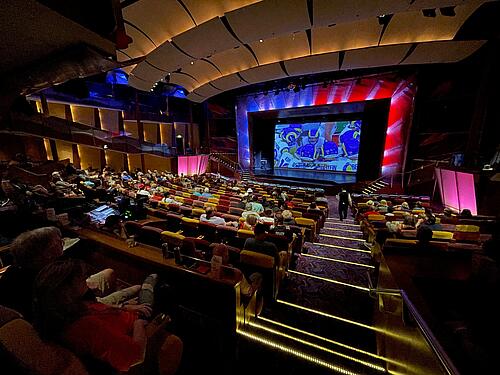 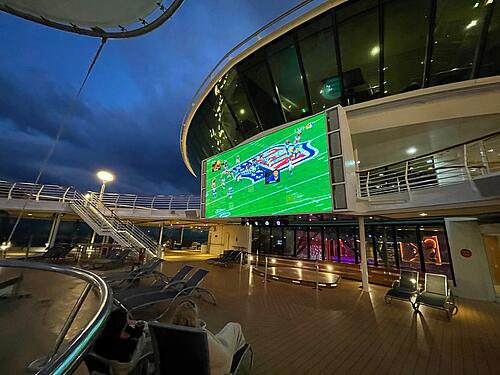 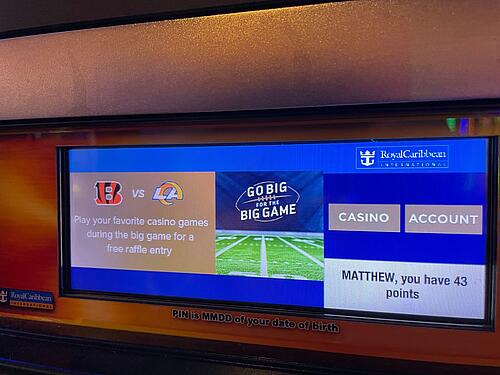 Royal Caribbean bought the rights to the game and the halftime show, but not the commercials.

In the theater there are dry snacks, such as popcorn and crisps. 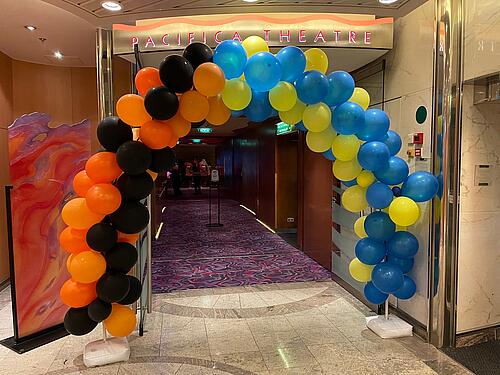 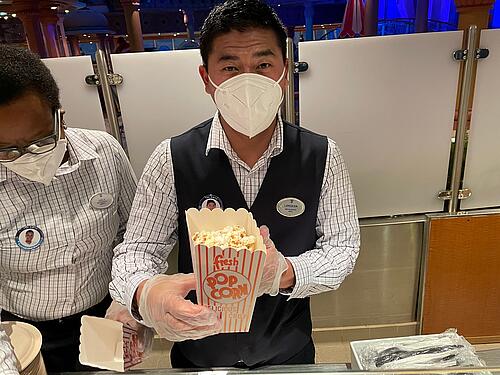 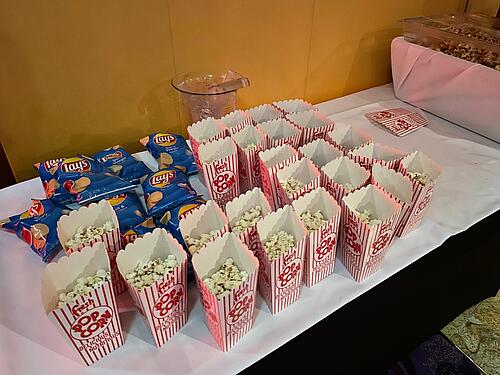 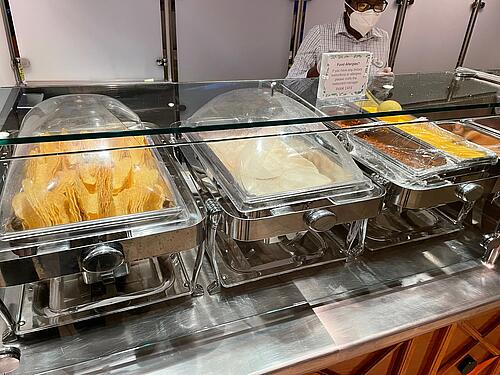 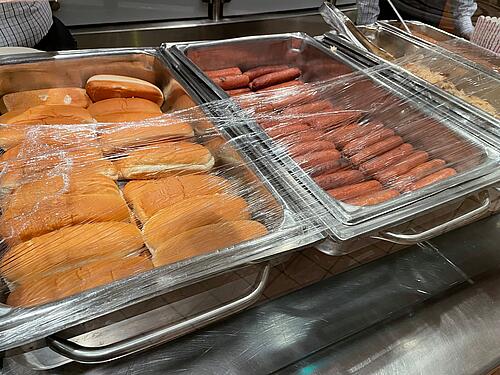 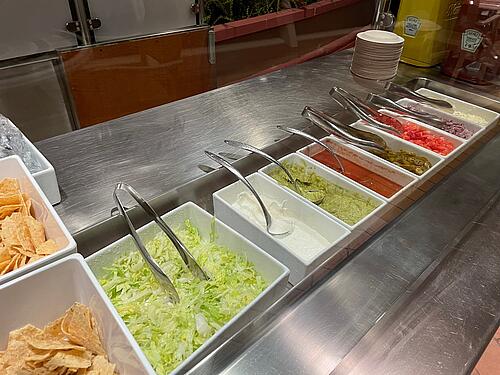 Most people were in the pub or the Royal Theatre. The cooler weather outside made the pool deck less popular, although there were blankets you could borrow. 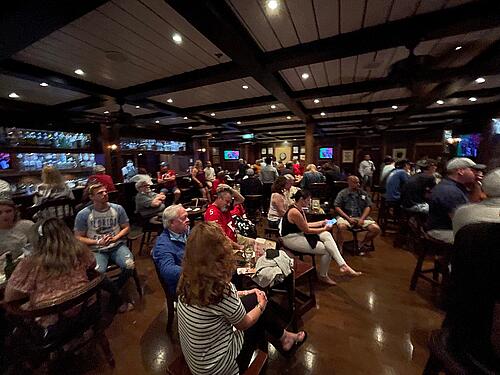 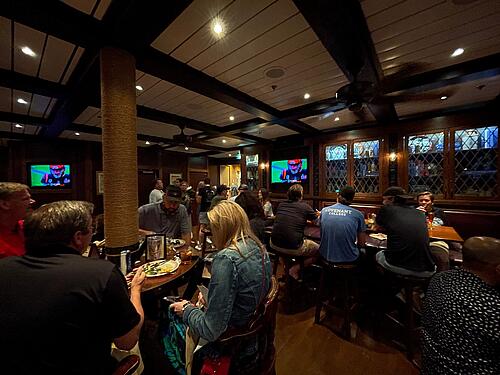 It was fun to see all the fans come into the game, although I think most people were watching since it was the super bowl. 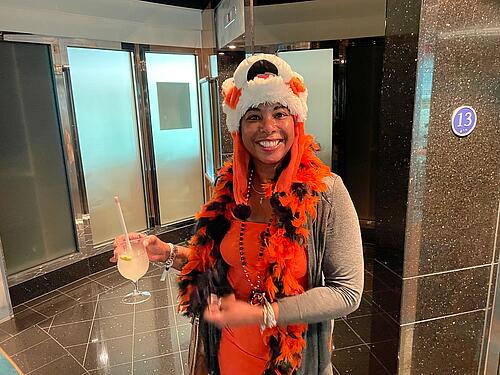 After the game, we had a few drinks in different bars before spending the night because we have to get up early.

It was a fun cruise, and I think Brilliance shines with good live entertainment and plenty of space on the pool deck.