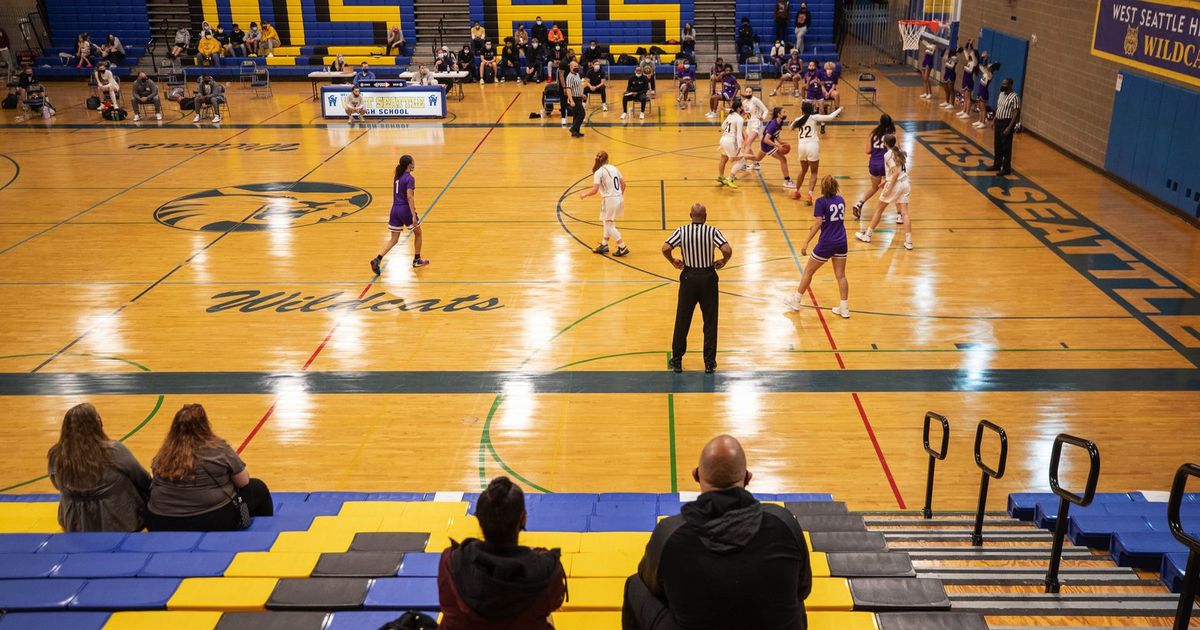 After wave of cancellations and postponements of high school events, WIAA to continue winter sports

The recent increase in Washington of cases involving the omicron variant of COVID-19 has led to speculation on social media and elsewhere that high school winter sports season may be at risk.

The Washington Interschool Association and the Washington State Department of Health said this week that such speculation was unfounded.

“I think there are a lot of people who are guessing,” said WIAA executive director Mick Hoffman.

These assumptions have emerged amid a number of cancellations and postponements, especially over the past three weeks. The week before Christmas, a few teams scheduled to compete in the first Hardwood Invite basketball tournament, won by Garfield against host Auburn, were unable to participate due to positive COVID tests.

But the WIAA currently has no plans to change anything for the playoffs, which begin the first week of February with girls playing bowling and cheerleading and crossing boys swimming, wrestling, basketball and finally drill and dance the last week of March.

“Unless we get new guidelines that change things in the playoffs, we’re operating as usual,” said WIAA communications director Casey Johnson. “There aren’t enough cancellations or requests from (member schools) to change things. We operate with the guidelines that are in front of us.

Those guidelines were reaffirmed, Johnson said, during an organization’s standing meeting with the DOH on Thursday morning. Hoffman said one aspect of the guidelines was debated.

“Currently, the governor’s proclamation limiting attendance at indoor events has an exemption for K-12 events,” Ginny Streeter, DOH communications manager, said in an email. “Local public health officials have the power to implement more restrictive guidelines if they feel it is necessary in their jurisdiction. “

The exemption is the rule which requires proof of vaccination for crowds of more than 1,000 people. Thursday, the exemption was not canceled.

“The DOH makes recommendations to the governor’s office, which makes the final decisions,” Hoffman said. “We are responsible for implementing these decisions. It has been a great working relationship.

“The DOH has a good working relationship with the WIAA, which supports both the DOH and the governor’s demands and proclamations,” Streeter said in the email. “The ultimate goal for everyone involved is to ensure the safety and well-being of our student-athletes, coaches, support staff and spectators and we are working closely to eliminate as many risk factors as possible. “

These risk factors include bystanders who are reluctant or refuse to follow the rules.

“We begged people to wear masks,” Hoffman said. “Our sports directors and our staff are being yelled at, yelled at. It’s a small group that is going to screw it up for everyone. Unfortunately, people who follow the rules are also punished. If (omicron) is to be this contagious, we might just have to not let people in. But at least the kids can compete.

While the situation has not yet reached that level and the WIAA has no plans to change formats or cancel playoff events, Hoffman said they will consider moving events from large arenas to larger gyms. small if guidelines change and / or spectator participation needs to be shortened. Such contingency plans should not be used, he said.

These decisions relate to competition beyond the regular season. Until then, decisions rest with school districts and individual schools.

Phase two, from January 24 to February 4, will allow 0 to 50% of the capacity. Phase Three simply says, “As we get closer to the playoffs, we will be evaluating fan policy and adjusting accordingly.”

Cheerleaders (maximum of 8) are not considered fans and are permitted to participate in contests.

“What we are seeing are schools evaluating their own spectator policies,” Hoffman said.

By the time the playoffs roll in, the WIAA will be hopeful that omicron’s push has reached its peak.

“It’s more that we’re fighting the unknown,” Hoffman said. “We’re trying to figure out, how do we live with this like we did with the flu? “